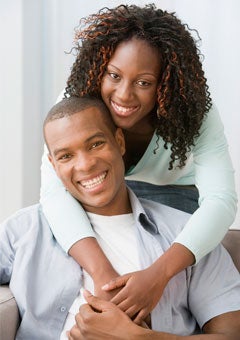 Don’t you hate when you have a couple of dates with a guy you’d be awesome with, only to be totally devastated when he’s not interested? Or when you just know that the dude who you kicked it with for a few months is the one for you, but he just refuses to see how amazing you are?

Unrequited love (or, perhaps “strong like”) sucks. Period. But it may be a little easier to swallow if you realize that your “perfect” guy may only seem “perfect” because you don’t know him that well.

You’ve never seen him get mad, so he seems even-tempered. You’ve never been through any trials or tribulations together, you don’t know how he’d react in a high-pressure situation. You don’t know how he interacts with his mother… all you have are the basics: he’s attractive to you, you have a good time together and perhaps you have some things in common. Great place to start, but certainly not enough to say, “This is who I need to be with.”

When you aren’t actually with someone, but would like to be, it’s very easy to build them up in your head to be the man of your dreams. Why? Because he is the man of your dreams… but dreams aren’t real! Do they come true sometimes? Sure, but more often than not, they are a function of your thoughts. And if this fantastic and wonderful (seemingly) man does not see you as a potential match, then he just isn’t as “perfect” for you as you may have thought. If he were, he’d want to be by your side just as much as you want him there.

Don’t build a monument in your mind to a man you don’t really know. If a new guy seems like a quality romantic candidate, then do your best to seal the deal — turn on the charm and be your beautiful best self (don’t start frontin’ or fakin’, because you’ll get caught in the long run). If it doesn’t work out, evaluate if there’s anything that you may have done wrong (i.e., getting too intense too soon, or thinking someone was “the one” when you all weren’t a good match in the first place) — and keep it moving. You didn’t just lose your only shot at love. You simply met someone who wasn’t the right fit. There are over six billion people on the planet… be down for a second, but know that you can’t possibly be out.

Maybe he would be a good fit for you, but you shouldn’t mourn too much if he’s not willing to agree with you there. Pining for someone who hasn’t really shown you enough to make that pining quite worth it doesn’t mean you’re weak or silly; sometimes you fall harder and faster than you should. You’re human and it happens. But when it does, you gotta pick your face up off the ground and realize that you should save the heartbreak for situations that demand it. Losing something you didn’t really have for long (or at all) shouldn’t devastate you, because you can’t lose what you never had in the first place.