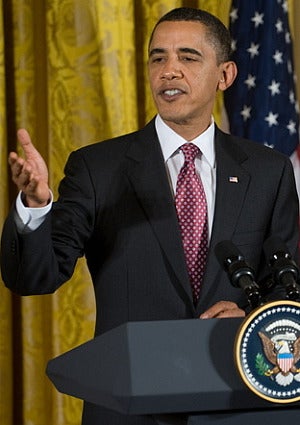 Former CBS Evening News anchor Dan Rather put his foot in his mouth during an appearance on the Chris Matthews Show, when, in describing the Republicans’ view of Barack Obama‘s ability to get the health care bill passed, he used a watermelon analogy. Rather said, “Republicans will make a case and a lot of independents will buy this argument, ‘…look at the health care bill. It was his number one priority. It took him forever to get it through and he had to compromise it to death. …Listen, he’s a nice person, he’s very articulate …but he couldn’t sell watermelons if it, you gave him the state troopers to flag down the traffic.'” Given the racial stereotype of watermelons and Black people, the comment blew up into a twitterstorm overnight. A lot of folks said, “oh no he didn’t dare put the first Black president and ‘watermelon’ in the same sentence!” But, oh yes he did. Any other fruit would have been cool Dan. And don’t get us started on whole ‘articulate’ thing. Rather wrote an apology/explanation for his watermelon comment in the Huffington Post. “I was talking about Obama and health care and I used the analogy of selling watermelons by the side of the road. It’s an expression that stretches to my boyhood roots in Southeast Texas, when country highways were lined with stands manned by sellers of all races. Now of course watermelons have become a stereotype for African Americans and so my analogy entered a charged environment. I’m sorry people took offense,” He wrote.  Rather pointed out that he reported on Civil Rights and racism as an early journalist in Texas. He blamed viral media like Twitter for misconstruing his comment. What do you think? Does Dan get a pass? Read More: