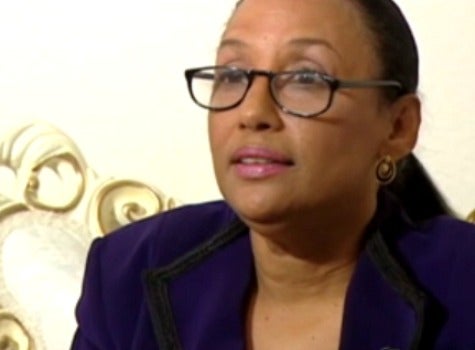 Pastor Sandy McGriff, was caught being a Grinch on Christmas Eve. She is accused of stealing fur coats and purses from one of her parishioners — and claims she was protecting the property from burglars… Serita Agnew, a faithful follower of The Church of the Living God, was shocked to learn that her pastor entered her home without permission. The accused told a local news station that she was monitoring Agnew’s home when she spotted two men burglarizing the house. She reportedly responded not by calling the police but by climbing into a window herself. When asked why she chose to go into the house she replied, “I thought I was helping.” Though it may seem strange, she was caught red-handed by police carrying Agnew’s possessions, she gave the police a fake name and even resisted arrest. ABC News has learned that Agnew’s pastor has a hefty criminal record, but she’s not letting this experience stop her belief in God: “I made a decision not to let this shake my faith,” she said. McGriff has been charged with burglary and resisting arrest and transport and faces up to 20 years in prison if found guilty. She was released on $26,000 bond and was able to make the Christmas service.