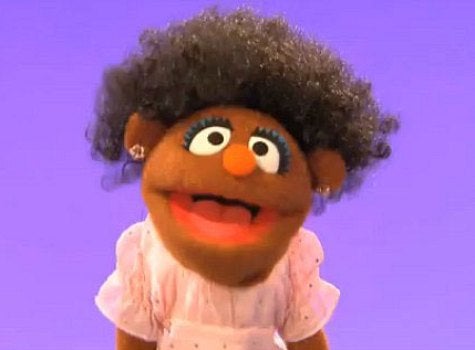 As if the “aww” factor wasn’t already high enough when we watched the Sesame street “I Love My Hair” video, the story behind the now-viral sensation is even more awe-inspiring Sesame Street head writer Joey Mazzarino, a White puppeteer, says he made the video for his adopted Ethiopian daughter after he noticed she had stopped loving her curls and seemed to want long. blonde hair. “She would put on wigs, she would want her hair like her mom’s or a Barbie,” Mazzarino told New York Magazine. “I thought maybe it was an issue because she was being raised by white parents and she sees us every day,” he added. “But then when Chris Rock’s film “Good Hair” came out…I realized, “Oh, this is a bigger issue. This isn’t just my child, it’s [happening with other] African-American girls.” The New York dad says his daughter Segi loves the song, and we’ll bet, her hair too. We’re also cooing over this mashup of Willow Smith’s ‘Whip My Hair” with “I Love my Hair.” What do you think?