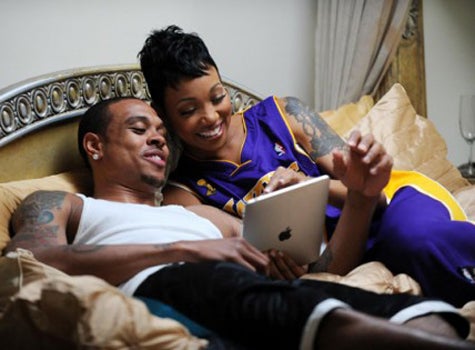 Monica is now dating L.A. Laker Shannon Brown. The 2006 first round draft pick recently appeared in Monica’s “Love All Over Me” music video. After images of the new couple began to circulate, Brown took to Twitter to confirm his romance with Monica and to respond to accusations that the R&B singer split up his relationship with his son’s mother. He Tweeted: “Monica is my girlfriend, confidant and a strong successful women that has been through a lot herself, but she is in no way, a home wrecker.” He continued: “As a parent, I understand that parenting requires a partnership with my son’s mother. However, the relationship between us fizzled a long time ago. Thus, never leading up to seven years, engagement or even talks of marriage.” What are your thoughts?