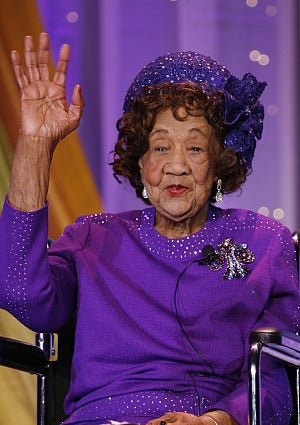 Civil Rights icon Dorothy Height may have passed but her legacy will live on forever. To date, thousands have gone to Washington D.C. to pay their last respects to Height at a viewing at the National Council of Negro Women headquarters, of which she was president for 40 years. Today, there will be memorial events, including a private viewing and a service at Howard University. Among those expected to pay their respects are former president Bill Clinton, Secretary of State Hillary Clinton, Congressman John Lewis, poet Maya Angelou and Oprah Winfrey. Height will finally be laid to rest tomorrow at the National Cathedral where President Obama will give a eulogy. ESSENCE.com’s Washington correspondent Cynthia Gordy will be reporting live from the memorial so be sure to check back in then. The President has called for flags at all public buildings be flown at half-staff tomorrow “as a mark of respect” for her memory. Following her death, Barnard University re-issued a public apology to Dr. Height for refusing her admission in 1929 because of a racial quota. Barnard president Debora Spar called the racial practice a “reprehensible part of our history and a blemish on the past that we cannot undo.” Dr. Height graciously accepted the school’s apology in 1980, calling it meaningful because “something that could have hurt forever has been removed.” Related stories: