In recent weeks, a disturbing truth has emerged that we can longer sweep under the rug: hate is on the rise and it’s being fueled by a resurging tide of White supremacy in America.

Since last year’s election, the Southern Poverty Law Center (SPLC) has documented 1,863 bias based incidents. Although these incidents have targeted African-Americans, people of color, immigrants and the LGBT community have also felt the brunt of the rise in hateful aggression.

This should surprise no one.

Donald Trump rode racism and fear to the White House.  He appealed to the fringe elements of Republican extremism and gave White supremacists a signal that it was time to “take their country back.”

This appeal was not a new tactic for the 45th President of the United States.  We must not forget that Donald Trump led the birther movement, claiming that the first African-American president was not born in America, and consistently, over many years, tried to delegitimize President Obama’s presidency. 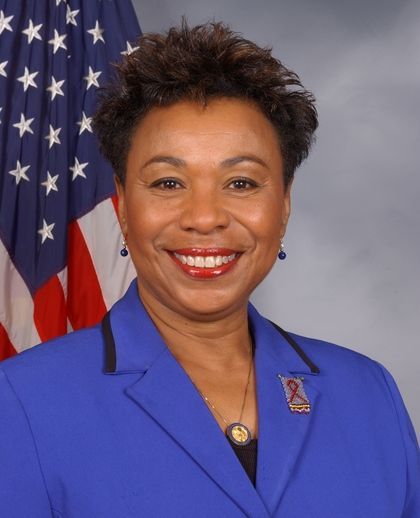 As chair of the Congressional Black Caucus, Congresswoman Lee is deeply committed to ending the spread of AIDS in the Black community. She has also successfully battled to eliminate funding for “abstinence-only” sex education and strongly supports condoms in prisons.

The resurging tide of hate and aggression was evident throughout the eight years of the Obama presidency. Former Speaker Newt Gingrich called President Obama the “food-stamp president” and Congressman Joe Wilson yelled “you lie” during the State of the Union. And now America is reaping the consequences of the hateful seeds Republicans have sewn for political gain.

We have seen two nooses within one week — one found at the National Museum of African American History and Culture and another near the Hirshhorn Museum on Smithsonian grounds. A noose inside a University of Maryland Fraternity House, and even a noose found in my congressional district at the Port of Oakland. And who can forget the despicable combination of nooses and bananas recently found on American University’s campus?

Every chilling incident is a reminder that the forces of bigotry are alive and well in the United States of America.

As an African-American woman, and member of the House of Representatives, I wholeheartedly agree with LeBron.  Sadly, the rising tide of hate is a reality we must continue to grapple with, even at the highest levels of our government.

Since his inauguration, President Trump has doubled down on his dog whistle rhetoric.  He appointed Jeff Sessions, a man considered too racist to serve as a federal judge in the 1980s, as Attorney General – a position which gives him authority over enforcing the Voting Rights Act.

He elevated Steve Bannon — a supporter of the alt-right movement and former editor for Brietbart News — to the post of Chief Strategist in the White House, and selected Stephen Miller — a man who once accused Dr. Maya Angelou of racial paranoia — as his Senior Policy Adviser.

One thing is certain: the Trump Administration is targeting the progress we’ve made as people and a nation. But we cannot afford to lose heart.

We must not forget what we’ve overcome through the sacrifices and bold actions of our ancestors, unsung heroes, and warriors of the civil rights movement. And while the legacy of the middle passage, slavery, Jim Crow, and segregation lingers on in our society, we must embrace the fight for freedom, justice, and equality that we have inherited.

We need look no further than the rising tide of hate crimes; mass incarceration of African-American boys and men and the shooting of unarmed innocent African-Americans for motivation to continue the fight against systemic and overt racism. Just look at the persistent disparities in unemployment rates, ethnic health disparities, unequal education and economic inequality. There is too much at stake for us to retreat from this fight.

But we will only succeed if we reject the growing pressure to retreat into cynicism and hopelessness. Our ancestors demand better of us. We have a moral obligation to “stay woke,” take a stand and be active; challenging injustices and racism in our communities and fighting hatred and discrimination wherever it rises.

Now is the time to take action to unify this nation. It is up to us to make America stronger. Register to vote, run for office, get involved in electoral politics, peacefully protest, keep elected officials accountable and resist the rising tide of hatred that is sweeping our nation. We must do so with a firm commitment to a simple truth: we will not go back.

We will not go back to the days where I could not attend a public school unless it was segregated.

The days when my dad, a World War II and Korean War veteran, was refused from restaurants because of the color of his skin.

The days when my mother couldn’t buy a house because “Negroes” weren’t allowed to purchases homes.

This week, as I reflect on what would have been my late beautiful and brilliant mother’s 93rd birthday, I am reminded that she almost died during labor because the hospital would not admit a Black woman, even though she desperately needed a cesarean section. That day, after hours of neglect, I was pulled forcibly from her body with forceps and almost did not make it into this world.

With every breath that I almost did not have, I thank God that along with you, in my small way, I have been given the opportunity to fight against the forces of hatred that almost cost me my life.

It is with her memory in mind, and a clear understanding about the challenges we face, that I am confident that that people of all backgrounds will come together and resist this un-American Trump agenda.