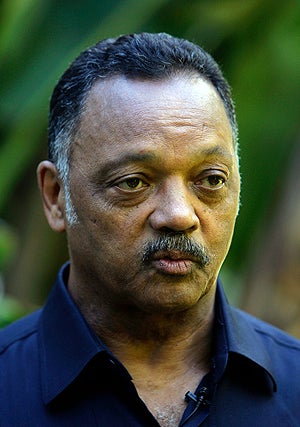 It was 25 years ago that Reverend Jesse Jackson mounted his first campaign for President of the United States. Political experts wrote off the civil rights activist as an unlikely fringe candidate, but Jackson surprised them by garnering 21% of the popular vote for the Democratic nomination, paving the way for future African-Americans in politics.
Today the Congressional Black Caucus pays tribute to his historic bid with a forum on the role of race in society and politics. ESSENCE.COM caught up with Congresswoman and CBC Chair Barbara Lee on the impact of Jackson’s run, President Obama’s approach to racial politics and why she thinks “race card” accusations are tired.

ESSENCE.com: What impact did Jesse Jackson’s run have on the political landscape? BARBARA LEE: He took third place in terms of the Democratic nomination, and he registered over two million voters. That tells me that more people became aware of the power of their votes, and the responsibility of voting. That happened in ’84 and in ’88. When there are candidates that people believe in and who speak to the issues, such as Reverend Jackson did and such as President Obama has done, then people vote.

ESSENCE.com: Several members of Congress, including you, came out of the Jackson campaign. How does race shape your legislative agenda?
LEE: I won’t say race shapes our legislative agenda, but race is a factor. I’ll use healthcare as an example. We have huge disparities in healthcare in the African-American community–look at diabetes, breast cancer, HIV and AIDS. Look at the uninsured, and who ends up in emergency rooms. In the healthcare bill, we had provisions addressing what it takes to close racial disparities. Do we have to invest more in community clinics and underserved communities? Do we put resources into training of minority health professionals? That’s what we have to do with every bill that comes down the pike.

ESSENCE.com: Is it a challenge getting your fellow members of Congress to talk about race?
LEE: It is. Oftentimes you’re accused of playing the race card. But you can’t be advocates for those who have been shut out if we sweep race under the rug. You have to address the racial implications of public policy that oftentimes go ignored. That’s why we’re holding this discussion. We’ve invited the whole Democratic Caucus to come. I want people to feel comfortable looking at a bill and saying, “How is this going to affect the Black community? Does this bill help or hurt?” I want people to know that it’s okay to say “the Black community!” I’d like for people to see it as a healthy discussion.

ESSENCE.com: Some commentators have called on President Obama to implement race-specific policies to address the disparities you mentioned. Has his administration done enough to examine the challenges facing African-Americans?
LEE: People have asked whether he has a race-specific initiative. He doesn’t. But because of, for instance, his understanding of the incarceration rate and the problem of mandatory minimums, he appointed Attorney General Eric Holder who is with us on all of these issues. He talks about the underlying factors for a lot of the difficulties in the Black community, such as poverty. He addresses it in a way that some don’t believe is head-on, but as President, he’s got to make sure that domestic priorities and national security are on his radar constantly. As members of the Congressional Black Caucus, we have to speak directly to communities that have been disenfranchised. We have a specific role as being the conscience of the Congress.