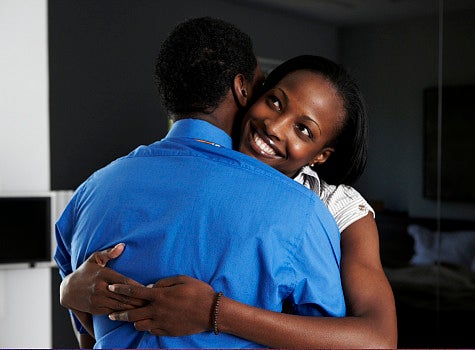 It is estimated that 95 percent of women want to date the top 5 percent of men. Stop dreaming. Meanwhile, men are willing to date darn-near anybody who can twerk it right. So when you see a happily married couple and the wife is busted but the brother would be in your top 5 percent. Don’t say “how did she get him?” It wasn’t her. It was him doing something that you won’t do. He relaxed his visual requirement a bit so that he could find some one that he thought he could build a strong marriage with. Now I am not saying settle. I am suggesting that you date on your level. Find your level and date there. You are not perfect, neither will he be. Having the most money has nothing to do with how successful one is in marriage. Anybody can make money. Tall men sometimes make short kids. Pretty boys can’t fight and “so called” fine brothers make ugly babies too. It is time for women to start looking at the core of a man. Look at what is inside of a man–his morals, his ethics, his judgment and his spirit. Here are ten things to look for in a good man. (This is part 1 of a 2 day series.) 10. Look for a man that knows how to be The Man This may be a tad bit more difficult for some who don’t have the strong Father figure but I allow no excuses. Go find out what a man is before you get into a bad relationship. Example #1: Your car breaks down and he shows no concern and does not offer to help. You bounce. Even the mechanically challenged man knows that the car is the man’s responsibility. Example #2: You bring your man home for the holidays. Dinner is ready and you and mom are moving the other table from the living room into the dining room so everybody can eat in one room and your man is sitting on the couch maxing and relaxing. He doesn’t move–He doesn’t eat. He doesn’t eat food . . . you . . . nothing, it’s a wrap. 9. Look for a man that is looking for a woman If he tries to hit it on the first date either he is not looking for a woman, or he doesn’t think that you are one. If you want a relationship, don’t settle for dating; just be friends with him. Being friends with a man first and maintaining your respect will get you to a relationship a lot faster than the occasional sex you give up waiting for a title. 8. Look for a man that is not broken I didn’t say broke. I said broken, meaning, his spirit, his wallet and his heart. If he doesn’t have faith in God to get him back on his feet and he doesn’t have a plan to fix his wallet and he is emotionally unstable, beat-your-feet. He can’t take care of you if he can’t take care of himself. A man being broke is not an excuse for not giving a man a shot. Money can be made. It comes and it goes. 7. Look for a Mailman The reference to mailman is in regards to a man that can deliver the required message to his family. So when my wife came home and said that she had been laid off that day, I said, “we will be fine, I hated that job for you anyway.” What I really wanted to say was, “do you have anything that we can sell or pawn?” When my wife came home and said, “we are expecting,” I had news too, bad news. I had been laid off that day. Again, I told her, “we will be fine.” I deliver the mail baby! Word is bond son! Look for a man that can be responsible for maintaining a financial balance in the home. 6. Look for a man that knows how to handle a woman Find that man that is not going to take the bait. The one that is not going to argue with you every time you want to argue. The one that can calmly say to you,”Baby, when you are ready to have a conversation about your concern holla at your man.” Look for a strong brother that can put you in your place. Don’t give me the, “I can’t find a brother like that.” There are brothers out there like this. They just may not be in your Top five percent. To be continued… Get the rest of Dixon’s tips on what to look for in a man tomorrow. Want to talk to Steven James Dixon about his advice on finding the right guy? He’s prepared to tell you like it is and defend his opinions in a live chat on ESSENCE.com on Thursday February 11, at 8:00 p.m. EST. Tune in, and get your questions ready ladies. Steven James Dixon is the author of the sure fire conversation starter “Men Don’t Heal, We Ho: A Book About the Emotional Instability of Men”. He lives with his wife and son in Dallas, Texas. His book is available at relationshipbeast.com. Ask him your questions about men, love and marriage on Relationshipbeast.com or catch him on twitter at twitter.com/stevenjdixon. A few good men recently popped the question to their girlfriends with the help of ESSENCE. Which one is your favorite? Read More:
Loading the player...