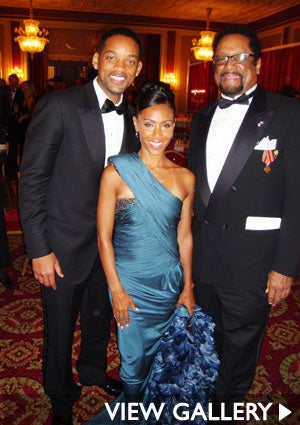 Earlier this year, I nominated Will Smith and Jada Pinkett-Smith to host the Nobel Peace Prize Concert. I was pleased that the Committee accepted my nomination, and Will and Jada became the first couple ever to host the event. Their participation, along with that of their lovely children Jaden and Willow, made this year’s ceremony particularly remarkable. As is the tradition of the celebrity host, Will and Jada interviewed Nobel Peace Prize laureate Barack Obama for international television and presentation during the concert. The organizers of the concert and members of the Committee described their performance as magnificent and unsurpassed.

At my request, the Nobel Peace Prize Committee granted an invitation to my colleague and dear friend David L. Evans, Senior Admissions Officer at Harvard College, to attend the Nobel Ceremony.

Dr. S. Allen Counter is Professor of Neurology and Director of the Harvard Foundation at Harvard University.  He is also the Consul General of Sweden in Boston and New England and Adjunct Professor of Neuroscience at the Karolinska Nobel Institute in Stockholm, Sweden.