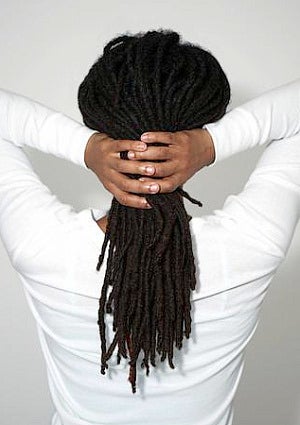 Well damn, tell ’em how you really feel! Six Flags America did just that — disqualifying not one, but two Maryland women from employment candidacy for sporting their natural hair. According to ABC 7 News, who obtained a copy of Six Flags’ outdated corporate grooming standards for employees, the company does not permit “any hairstyle that detracts or takes away from Six Flags’ theme.”  With both women given the ‘chop’ for their refusal to chop their locks, Six Flags was forced to issue a statement to ABC News: “Six Flags enforces a conservative grooming policy across all parks. The policy does not permit certain hairstyles such as variations in hair colors, dreadlocks, partially shaved heads, tails, and hairstyles that impair vision. Braided hair is allowed but must be in neat, even rows and without beads or other ornaments.” I guess no jobs at Six Flags for Rihanna, Beyonc or Whoopi, if their careers were to ever falter. Obviously Six Flags doesn’t understand the complexity of Black hair care. A spokesperson from the American Civil Liberties Union might just be able to help educate them. The spokesperson told ABC News that the ACLU believes that, “defining locked hair as inherently unprofessional is racially insensitive at best — and potentially discriminatory at worst.” You think? Six Flags was out of line from the start, attempting to address a serious situation with such a weak statement. To address that statement to an area whose population is 93% African American, has me perturbed at best — potentially ready to boycott Six Flags this summer at worst.  There is no possible rationalization for Six Flags’ discriminatory decision on any level. First and foremost, I’m perplexed that Six Flags even thinks they are keeping their prejudiced racial views low-key. Did they think we wouldn’t realize who they are trying to keep off payroll by shutting down cornrows, beaded braids and dreadlocks? I can’t speak for everyone, but I’m confident I know ten times more African Americans wearing these styles than my Caucasian comrades. Secondly, does a twist in one’s hair really determine their work ethic or ability? Who decided “braids and ornaments” are unprofessional, but trendy huge flower headbands in straight hair to be okay? Who concludes which “hair color variation” is acceptable? I know when I was 15 years old working at Six Flags Great Adventure in New Jersey, I had a few White co-workers who often sported a blue mane. Attention Six Flags Human Resources: who do you think your fooling? Clearly not former Six Flags employee Jackie Sherill. Ms. Sherill, 60, was initially asked to return for another summer of service, but then later told by a new supervisor that she would not be welcomed back unless she changed her appearance. Reading between the lines, “Your hair is a little too Black for us. Come back when you cut those things out of your hair.”  Is Six Flags really trying this mess is this day and age? Did they not get the memo: It is 2010 and America is made up of numerous diverse and varied people whom wish to work without forfeiting their own cultural identity. For some reason, parts of corporate America are still intolerant of head wraps, dreadlocks, twists, corn rows, and braids. As long as the hair, on anyone’s head, is neatly styled, clean, and properly maintained, why are specific and often African American-associated styles often deemed unprofessional? Add insult to injury,  with our national unemployment rate sky-high and a scarcity of new jobs, it’s alarming that Six Flags can disregard the same people they choose not to employ for bogus reasons, who are many of the same people who frequent Six Flags parks nationwide. Bottom line: Six Flags’ famous slogan, ‘More flags! More fun!’ apparently is ‘Red flags, no fun’ to a number of African American job seekers. Related stories: