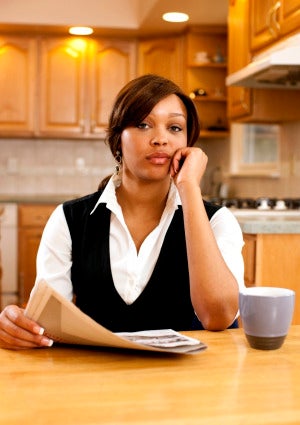 Michele Grant from Black ‘n Bougie reacts to all the sudden attention focused on the single Black woman and her dating life. From relationship gurus to bloggers with an opinion, she declares “enough is enough.” “Stop telling me how I think, what to do, how to look, who to date, when to exhale…I beg of you.” I get it. I really do. Bashing or even borderline bruising Black women is what hot in da streetz. By bashing I mean telling us why we ain’t nothing, ain’t gonna have nothing, ain’t gonna have nobody to share nothing with. Sure, it gets you book deals and blog views and radio shows and talk shows and photo ops and movie deals and basically… paid. I get it. You found a hustle that works and you only have to kick a group of people that are already down to do it. Oh, you think you’re being helpful offering up your “self-help” and “how-to” and “best way” opinions to us? Even those of you that are not directly authoring the yada-yada, do you really think you’re helping by adding in your “tsk-tsk” or “co-sign” two cents response to the media swirl about all the problems with the sisterhood? You’re not. You are adding to the already cacophonous wall of noise. I respectfully request that right after commenting on this post J… everyone just shut up. I am talking to celebs and so-called relationship gurus, writers, columnists, bloggers, regular folks talking in the coffee shop, women and men, young and old, Black, White, and everything in between… just STOP. Check out Michele Grant’s new novel “Heard It All Before” (Kensington Books). Read More: