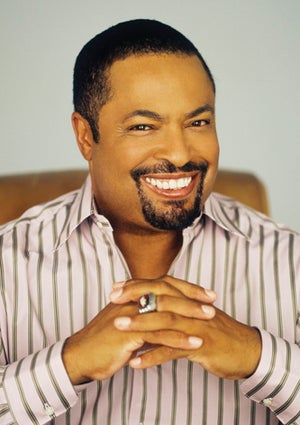 I still can’t believe it. It’s been a year since the passing of my friend, mentor, and literary giant E. Lynn Harris. The man behind the movement, yes, a movement in Black literature. And, not just literature, but a movement in the Black community. Because of E. Lynn Harris, the world was made privy to the lives and relationships of down low and gay men of color, oftentimes complex, through his two main characters Raymond and Basil. Their lives played out like a soap opera. And, with each book E. Lynn put out, Black women, and Black men, lined up at bookstores to get their next fix of the love triangle E. Lynn lovingly and daringly wrote about.   He eloquently wrote stories that helped Black women understand the challenges, heartbreak, and diverse lives of Black gay men, as well as, he helped so many Black men who were hiding, or afraid to come to terms with their sexuality. E. Lynn became a voice, valiant and strong, transforming the lives of Black people all over. I first met E. Lynn a little over five years ago. I was hosting an event in Harlem for the organization Real Men Cook. We were looking for a celebrity to participate and make an appearance at our event at the Harlem YMCA. I immediately contacted E. Lynn and he graciously accepted the offer. I was unprepared for E. Lynn’s fan base. Women from all over New York stood in line, which snaked out the door and into the streets, to meet E. Lynn and get their books signed. They wanted to meet him, shake his hand, and take pictures with him. Without hesitation he sat for four hours and met every woman who came through the door. That is how humbled, gracious, and accommodating he was. We developed a friendship afterward and I was able to call on him many times during my writing career. He encouraged me to share my story and voice with the world. He would often tell me, “Terrance, you have a gift. Your story will help so many people, especially men who are struggling with their sexuality. You better write and share it with others.” And, so I did. It felt great to have someone like E. Lynn to encourage me. If it had not been for him I would have still been hiding, and afraid to come to terms with who I am. His first book, “Invisible Life,” changed the dynamics of literature, and the lives of so many in the Black community, especially mine. I became a fan. I couldn’t wait until each book came out. I wanted more of his stories, more about the lives of Raymond and Basil, but more importantly, I was proud that E. Lynn was unafraid to write about the experiences that are often hidden and not discussed in our community. There wasn’t a beauty salon, soul food restaurant, or someone’s living room where people didn’t congregate and talk about E. Lynn’s books. I remember last year when I got the call from my publisher telling me that E. Lynn had died. I dismissed the claim because I had heard from him earlier that week. He was in good spirits. He was excited about his upcoming new book, “Mama Dearest. But, then I got a flood of emails, text messages, and more calls confirming the death of E. Lynn. He had suffered a fatal heart attack in his hotel room in Los Angeles, California. The pain gripped me and I felt as if the world had crashed all around me. The tragedy not only hit me, but the entire Black community as a whole. People were buzzing all over Facebook, Twitter, and text messages with sadness and disbelief. I refused to let E. Lynn’s legacy be a blurb in the newspaper as I remembered how it was for famed literary icon, Bebe Moore Campbell. When she passed in 2006 there were only a few paragraphs in newspapers that mentioned her and her contribution to Black literature. E. Lynn deserved a befitting tribute because he transformed the face of Black gay literature, especially at a time when there were no stories being written about Black on Black gay love. There was no one telling the stories of down low men and their struggle in wanting to have love, yet grappling with the pressures to maintain heterosexual relationships. E. Lynn’s stories landed him on the New York Times best-sellers list many times over. A tremendous feat by a man who only wanted to write stories that meant so much to him. In order to pay homage to E. Lynn Harris, I contacted two other well-known literary authors, who E. Lynn paved the way for: Stanley Bennett Clay and James Earl Hardy. We wrote a tribute book entitled, “Visible Lives: Three Stories In Tribute To E. Lynn Harris.” The book is our way of saying, “Thank you,” for all that E. Lynn has done for not only the Black gay community, but for the many lives he touched and impacted. It is our dedication to a man who trailblazed, unapologetically, through the world with a literary torch and opened the door of a taboo topic we in the Black community refused to discuss, or even acknowledge. E. Lynn made us visible, and he brought it with love. Love of words and stories. So, let’s celebrate his life, legacy, and contribution. Let us remember the tremendous impact he made for those unable to be visible and those of you who embraced your brothers, uncles, friends, and colleagues, and you bought E. Lynn’s books because you loved them.