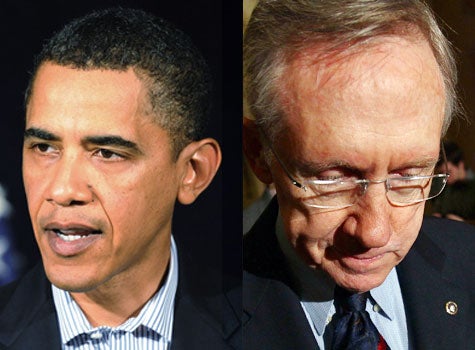 Momlogic blogger Kimberly Seals Allers tackles the hot topic of Senate Majority Leader Harry Reid’s recently published comments about President Barack Obama. A new book quotes Reid, as saying privately in 2008 that Obama could be successful as a Black candidate in part because of his “light-skinned” appearance and speaking patterns “with no Negro dialect, unless he wanted to have one.”

“What was even more upsetting is that the majority of people in an uproar about this alleged insensitivity to Blacks are … non-Blacks. Oh yeah, and the black man who heads the Republican National Convention, but I’m not sure we’re still counting him these days. But deeply recessed behind the media hype and the blatantly obvious political agenda, I did manage to extricate a few critical lessons about life in America that I hope to pass along to my beautiful children.”