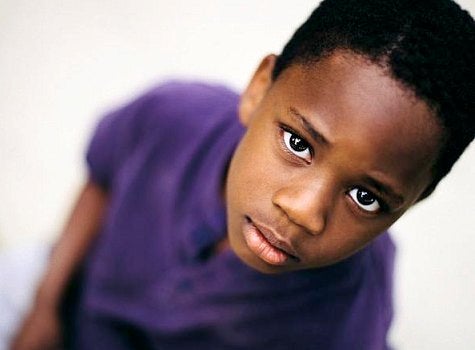 Wow. Are really doing that bad within the urban community that our adults need to be paid to be parents and act like adults? The Center for Economic Opportunity seems to think so. In 2007, New York City’s Center for Economic Opportunity launched “Opportunity NYC Family Rewards,” an experimental, privately funded conditional cash transfer program to help low-income families in NYC to break the cycle of poverty. According to the program’s executive summary, the “program offers cash assistance to reduce immediate hardship, but condition these transfers on families’ efforts to build up their ‘human capital,’ often by developing the education and skills that may reduce their poverty over the longer term. Family Rewards is the first comprehensive conditional cash transfer (CCT) program in a developed country.” This means parents are getting a check for things they ought to do. Get a job. Make sure their child goes to school. Take them to the doctor. Go to parent-teacher conferences. Families are getting “rewards,” in the form of cash, for basic parenting. Three years later, Mayor Bloomberg announced in March the preliminary results of the “groundbreaking” Opportunity NYC-Family program, explaining the report shows cash incentives do help people successfully change behaviors. Great, but exactly how much did it help? According to a report produced by MDRC called “Toward Reduced Poverty Across Generations,” the program has been evaluated as a “success,” but many of the key findings use vague descriptions to ascertain how successful. Although the group claims the program had decreased poverty levels by 11 percentage points, other specific objectives of the program (school attendance, housing, test scores, health coverage) did not include the same proven percentages. The lack of statistical proof for each point, coupled with excessive use of the words “somewhat,” “nearly” and “likelihood” raises an eyebrow. If we can’t view and evaluate fully comprehensive and concrete results, because “operational kinks” aren’t totally worked out yet, again I ask: how much is the program really helping? By building a false sense of security, the program attempts “train” residents to be even more dependent on the system, by rewarding them for lack of ambition. This training method treats the impoverished like pets, and unfortunately you can’t teach an old dog new tricks. To give people incentives to do something that one should have a desire to do is absolutely absurd.  When those incentives are taken away, how many will digress or revert to previous behavior? Also, let us not forget that there are parents out there, Black parents, who are being parents and not getting paid a dime for their love or their labor. These parents are the adults that should be rewarded for doing what they need to do because they know they need to do it, not because someone is persuading or enticing them to do it. When will we see that programs like Opportunity NYC aren’t really teaching a man to fish and aren’t breaking any ground? Opportunity NYC isn’t building up families as much as building the revenue of the dentists they require parents to take their children to, and the banks where they suggest parents open accounts, and those who fund the program, like The Rockefeller Foundation. When will we be able to show the world we can stand on our own two feet? As much faith as I would like to have that programs like this do more good than harm, it is in fact an experiment, and we don’t have the control.