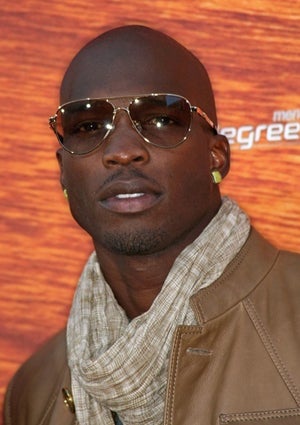 Black women had their panties in a bunch this past Sunday watching Chad Ochocinco on VH1, and within reason. VH1’s newest reality dating series “Ochocinco:The Ultimate Catch,” starring the Cincinnati Bengals wide receiver Chad Ochocinco Johnson premiered Sunday. Like his predecessors, Flavor Flav and Ray J, Ochocinco is using cameras and “unscripted” television to look for love, and for 90 minutes, as a Black woman, I felt like the show was a slap in the face. Maybe it was because Johnson, 32, one of the most narcissistic men in the league had the opportunity to choose from 85 women, and the pickings for beautiful brown faces were few and far between. When he finally decided to narrow his choices from 85 to 17 women, it seemed like the Black girls had a better chance at winning the lottery than staying on his roster. I watched in awe as almost every woman who looked remotely Black waved goodbye. The kicker came when Chad finally narrowed his options down to 17 “all-stars” to live in his house. Of those only three were Black women. The rest remaining?  Latinas, brunettes, redheads, and blondes. Did I hear you say “so what, it’s his preference?” Well “preference,” is becoming the PC term used to mask what many professional players are really doing — which is avoiding women within their own culture at all costs without having to deal with the backlash of being labeled a self-hater. Just last month an anonymous VH1 staffer and an eliminated cast member both sent letters accusing Ochocinco of purposely demanding that the Black women be cut and saying that the White girls were “better” for him. Ochocinco went on Twitter and vehemently denied these allegations. “Saying I don’t like Black women is like saying I don’t like McDonalds or the game of football, that’s past far fetched!!” he tweeted. Point taken, however, when the show aired Sunday, it looked as his denial was a cover up. In actuality maybe he doesn’t like McDonalds or Black women as much as he would like to admit. Without being labeled a racist, I must say there is something that saddens me when I see Black men who are colorists; men attracted to a woman primarily because of the shade of her skin, who disregard Black women because we are too brown for their White, light, and olive tastes. Like who you like, interracial dating was and never will be a qualm of mine, but in the case of this situation where Chad was given a platform, a 60-minute show for the next six or so weeks, he could have evened the playing field. I’m just calling a duck a duck, and if Ochocinco doesn’t think we hear him quacking, using his own tag-line….chile’ please. Check back to ESSENCE.com tomorrow as Chad Ochocinco talks about “The Ultimate Catch” and addresses his feelings about Black women.