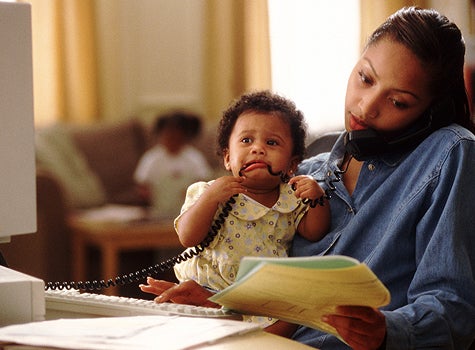 If you haven’t been following the hoopla, an anti- Elena Kagan faction has emerged. They are angry that a woman without children has been nominated to the Supreme Court and argue she sends the wrong message to young women and girls: i.e., if you want to be successful, you must forgo having child. Writer Peter Beinart over at The Daily Beast wrote “Put a Mom on the Court,” which argues Kagan is the “wrong” choice. He notes that only 4 of the 12 women who held cabinet-level positions in the Clinton and Bush administrations had children, then added: “Our government is actually doing a pretty good job of providing role models for the 20 percent of American women who don’t want kids. Where it’s failing is in providing role models for the 80 percent that do.” Hmm. Twenty percent think like I do? Our numbers are growing. So I know this, and I’m goofing off on Jezebel while I eat my lunch and I stumble across a story about childless women (oh, the horror!!).* Seems Lisa Belkin wrote a nice story for the Sunday Times, “Judging Women,” using the latest Supreme Court nominee as example of childlessness being a bonus for women who are uber-ambitious. In her story, Belkin cites an interesting study by the Center For Work-Life Policy that found 49 percent of women making over $100,000 don’t have children by age 40, 15 percent more than men in the same category. Belkin describes of the study:

The reason high-achieving women don’t have children, they concluded, is essentially because women who do have children are more likely to step out of the workplace for some period of time or ratchet back their workloads or otherwise sacrifice their careers. They don’t take off for long — an average of just over two years. But the detour comes at a high cost. Those who are out one to two years lose 15 percent of their lifetime salary compared to those who do not. For those out for three or more years, the salary gap is now 46 percent.

It is still harder for mothers to reach the top. For men, having a family is an asset when pursuing a demanding career. For women, it is still a complication.

So maybe the Kagan nomination sends the “wrong” message, but at the moment, it is also a realistic — and cautionary — one.”

Personally, I could care less whether Kagan has kids or not. As long as she makes sound decisions and her views on life don’t including halting abortions, repealing affirmative action en masse, or taking Arizona laws nationwide, I’ll likely be on board. But beyond that, I think all the fuss over her choice not to have children and the possibility that it has helped her career raises an interesting discussion. I was combing through Jezebel’s comments and found countless examples of women being discriminated against — which is illegal, mind you — for being pregnant or for being mothers. There’s a totally valid argument being made that to be high-achieving as a woman, you may have to fall back on being mommy. Some stories from the frontlines (via Jezebel’s comments) of women who have faced… difficulty after becoming a mommy, or prepping to be such:

“As soon I was married people I worked with assumed I would be in a rush to get pregnant. I asked my director about career planning, as in how can I be a competitive job or fellowship applicant and he told me it was all about when I want to have kids. I told him I’m asking about my job, not my uterus. The funny thing is I am in a very life-style-friendly field in medicine, but I have never experienced as much sexism in my life until I started working in it.”

Dear women, If you become a mother, we won’t support you, cut your hours, and eventually fire you. If you don’t have children, we’ll question that, blame your success on that, and assume you can work more because you have “no life”. How to win? Become a man. Everything you do is just wrong. Kisses, The Patriarch.