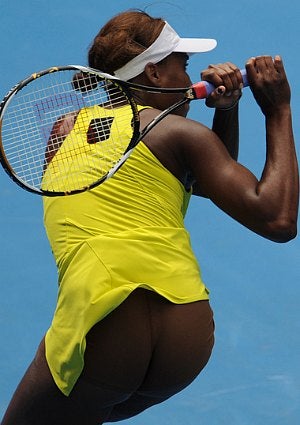 Leave it to a woman’s outfit choice to cause a national scandal. When singer Katy Perry recently paid a visit to “Sesame Street,” it was to sing her hit “Hot and Cold” — and hopefully draw younger, hipper parents to the show. Instead, her plunging neckline and cleavage have become the main attraction (sorry Elmo) and quickly sparked a debate about whether or not it was too provocative for the show… “Thank you for speeding up the puberty process,” wrote one concerned viewer. “You can practically see her ***” added another. “Sesame Street” producers have responded by removing Perry’s appearance from a scheduled New Year’s Eve episode. In a land not too far from “Sesame Street,” Mexican TV sports reporter Ines Sainz has faced similar scrutiny after alleging that New York Jets players harassed her while she conducted an interview in the team’s locker room. The response to Sainz’s charge has more often than not zoomed in on her penchant for tight skinny jeans and equally form-fitting tops. But will a preschooler watching Perry’s video be as fixated on her boobs as adults seem to be? Doubt it. And does the fact that Sainz likes revealing clothing justify her harassment? In the eyes of the decency police, yes. We’ve been here before; with Janet Jackson’s 2004 Superbowl wardrobe mishap, and most recently, with Venus Williams’ outfits on the court. The truth is that we’re willing to withstand women dressing “sexy” in certain situations (Hollywood movies, music videos) and not others (church, work). In an ideal world, a woman like Sainz would command the same amount of respect as a woman in a sensible Hillary Clinton-esque suit. In the “real” world, dressing “sexy” means you’re quickly judged by your appearance over your intellect. Men do this to women all the time, but that’s not to say we don’t throw occasional shade at a sister we think is showing a little too much skin. So much about gender roles would need to fundamentally change before we could all don a Beyonce “Single Ladies” leotard and make it down a city block without a barrage of catcalls (and not all of us care to dress that way), but do we encourage women like Sainz to dress to suit their own comfort levels, or conform to what the world dictates as “decent”? You tell us.