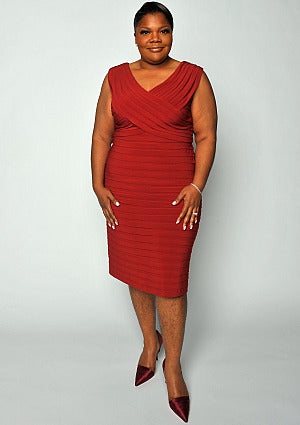 I’m sure you’ve heard by now how Mo’Nique, Oscar nominee, attended the Golden Globes with hairy legs. It shocked me because, well, women who walk the red carpet conform to impossible standards, waxing included. Flashback to image of her at the Globes–It’s not that au naturel bothers me, it just shocked me as a fashion accessory. It is also a uniquely Black choice in my mind. My mother didn’t shave. So many women I knew viewed it as another European beauty standard that didn’t apply to their situation. Mo’Nique doesn’t seem to bide by appearances. Not only did she ditch her comedic background for a serious dramatic turn in “Precious,” but winning that Globe placed her as a frontrunner for Sunday night’s trip into Oscar history. For starters, she is expected to win this year’s Best Supporting Actress category against Penelope Cruz and Maggie Gyllenhaal, whose career choices have been made for this moment. And the role that broke her into this stratosphere is none other than Mary Jones, the worst mother on the planet. If she wins, Mo’Nique will stand in the halls among Hattie McDaniel’s Mammy AND Halle Berry’s Letitia. Every Black actor and Hollywood executive I talked to assumes she’s destined for Oscar gold. What is unexpected is what fashion accessory she will wear down the red carpet. Since I’m superstitious and don’t believe that a Barbara Walters’ interview makes her a shoo-in, I am letting my legs go hairy until Sunday night. There are several reasons for this. Mo’Nique played a mother so abusive that she crushed the myth of Black women as Earth Mother. Her portrayal brought up all the times I’ve seen women–Black, white and yellow–slap their daughters in the face at Chuck E. Cheese for spilling their soda or, in the case of a child I was mentoring, use that child to get that welfare check. It was something I never wanted to confront, let alone reveal to a wide audience. But Mo’Nique, a la Mary Jones, was not afraid to go there. She stood for all the mothers who need help but are too afraid to ask for it and for all the Black actresses who can now aim to play a villain or a hero and still be a contender. The world is ours. And Mo’Nique’s fearlessness will enable us to stand up, hairy legs or not, on Sunday night and applaud. Read More: