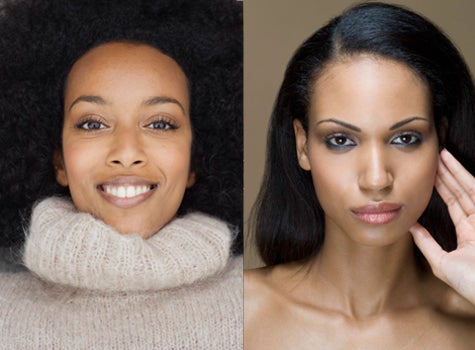 Sometimes the ongoing debate about natural hair vs. permed or weaved hair is too much to stomach. Not only is it tired, it’s unproductive and divisive. Really, how is the dialogue about hair advancing our people or solving any of the societal ills Black people are facing today? A Black woman’s tresses have always been intriguing to non-Blacks because they don’t understand how we can weave it, curl it, braid it, loc it, fro’ it, wrap it or blow it out. Although it bothers me when I hear stories of Black women who have to encounter White women wanting to touch their hair as if it’s some type of exhibit at the museum. This doesn’t surprise me. What does surprise me is the amount of time some Black women spend engaging in this follicular hierarchy as if certain styles authenticated who you are. In 2007, when the country first got wind that Senator Obama was running for President, mainstream media went amuck focusing on Michelle, Sasha and Malia’s hair. But it’s not as if this was the first time the media made our hair a controversial issue. In 1971, WABC-TV reporter Melba Tolliver was suspended for appearing on-air wearing an afro. Ten years later in 1981, Dorothy Reed was suspended from her job as a television reporter at KGO-TV in San Francisco for rocking cornrows on-air. There were also the 1970s Black Power, Black Panther Party and Black Nationalist movements where revolutionaries such as Angela Davis and Assata Shakur who proudly sported a fro as a sense of pride. I truly understand why Black hair can be turned into a political issue. But that doesn’t keep me from questioning the dogmatic attitudes of some women and men when it comes to the strands growing out of someone else’s head. I’ve heard comments that range from, “Weave is the bane of the Black woman’s existence” to “It’s hair, but it’s not just hair. It’s about pride.” There’s also  “Look at that nappy afro. She needs a perm,” and “Black women who don’t rock their natural hair are subscribing to the European standard of beauty.” These generalizations sound incongruous; and if they are going to be applied, must be done on an individual basis. As someone who has rocked my natural hair, worn wigs, weaves, Halle Berry short, braided and permed, I’m annoyed by the assumptions some people make based on people’s hair choices. And in my experience, it has been the natural sisters who have been the most critical. It’s as if some, not all, natural sisters want to be rewarded with a badge of honor for deciding to embrace their tightly coifed hair. In some cases, they also feel as if they are more Afrocentric because they denounce the White man’s impositions of long straight hair being beautiful. You mean to tell me because your hair is locked and mine is permed at the moment you have more pride in your Blackness than I do — all based solely on our difference in hair choices? This is laughable. This is not to say some women with permed hair don’t heckle those with natural hair. The troublesome part of all this is we don’t even see how this divides Black women. A couple of people said it best when I went on a tirade about it on Twitter: “Hair conversations seem to be yet another elitist form of separation between Black women,” wrote one follower.”The New Age houseniggas vs. fieldniggas … I refuse to participate,” wrote another. And my favorite: “What could be more ignorant than house n**gers and field n**gers fighting over who gets to be called the ‘real’ n**gers.” Maybe if I could understand how one draws the conclusion that because a woman chooses to wear a 20″ Indi Remi 1B weave this makes her self-hating, less prideful, conforming to the European standard of beauty and all the other nonsensical ideologies people come up with. I could argue both sides… but I can’t. For the life of me, I also can’t see how this conversation is in any way purposeful. Chris Rock didn’t push forward the conversation either with his faux documentary “Good Hair” released in October 2009. Allow me a late pass, but I finally saw the foolery of Rock’s production last month. I was disgusted, to say the least. Not only did Rock fail at using his fame as a platform to bring attention to decades of hair concerns, he turned Black women into a laughing stock for the rest of the world. Clearly, his main goal was profiting instead of informing, which was evident by his insensitive handling of the issue. I think all Black women should take pride in who they are, in whatever shape, form or fashion they see fit. Encouragement in loving ourselves seems like a better recipe for building self-esteem — instead of turning up our noses at women for their hair decisions. We as women have a host of work to do, and I just don’t see that hair concerns are part of that. Many women will read this with their faces scrunched up. But I implore you to check your subconscious thoughts the next time you see a woman with weave to her butt or a chick with an fro larger then Cornel West’s. Are you judging a Black woman’s authenticity based on her hairstyle? I think if you are, that says more about you than it does about the sister you’re judging. Bene Viera writes about relationships and culture on her blog, Writing While Black.