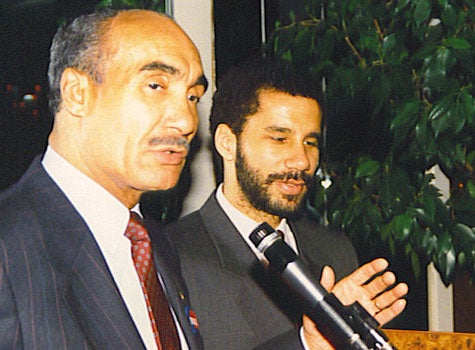 Over the next several days and weeks, our state and nation will collectively remember and mourn the extraordinary impact Percy Sutton made on this country’s civil rights movement. He was an accomplished, intelligent, loyal and kind man who believed deeply in the power of democracy and who fought his entire life to ensure that future generations would benefit from his personal sacrifices.

But beyond his achievements which were plentiful, I wanted to take this moment to remember my friend, my mentor and the man to whom, in large part, I owe my own success. It was Percy Sutton, who convinced me to run for the State Senate in 1985 when none of my other friends could. I can still clearly recall the day that he called me down to his office, asked me why I was ambivalent about running for the seat, and upon hearing my response, said, “By the time you are ready the position may no longer be available.” It was in that very moment that he helped launch my career – a career that none of us could have predicted would lead to the Executive Mansion.

It was Percy Sutton who gave me the confidence to persevere in the face of countless obstacles and it was Percy Sutton who continued to cheer me on when I became the 55th governor of the State of New York. Though already in declining health at that time, upon hearing the media frenzy surrounding my first days in office, Percy garnered the strength to appear on live television to defend my character, my successes and my abilities. His belief in me and his sage advice each step of the way was indispensable and for that I will always be truly grateful.

The youngest of fifteen children, Percy understood the importance of family, unconditional support and love. Though we were not related by blood, our bond was unique and I will carry forward with me the warmth of his presence. He will be missed but his legacy lives on through the generations of African-Americans he inspired to pursue and fulfill their own dreams and ambitions – including my own.