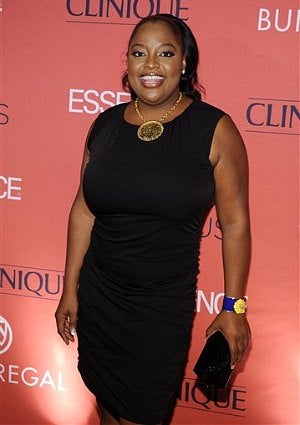 Ask anyone who knows and they’ll tell you Sherri Shepherd wears her Spanx loud and proud. At the ESSENCE Fierce and Fabulous luncheon, the talk show host declared her love of Body Magic shape wear. ESSENCE.com contributor Lakeia Brown knows all about it. Read on for her take on why every girl needs a little shaping once in a while. Girdles aren’t just for grandma. Open up the “panty drawer” of almost any young woman and you’re likely to find a waist-cinching, tight-hugging, gravity-defying undergarment. It’s just part of the game women have been playing with men for centuries. While most women love a well-built, hard-bodied and well-endowed man, not having these physical attributes rarely disqualify a man from a second date or a walk down the aisle.  Things like money, personality and stability often outweigh a “six pack.” Men, however, are more visual creatures so they tend to be less forgiving of a woman’s physical shortcomings. They have also been fed the perfect ’40-24-37′ Jessica Rabbit image since they were boys. Armed with this sickening thought, many women have opted for body-slimming shapers. One of the more popular girdles these days is called Body Magic. Many websites market the garment with the tagline, “You can look like you’ve lost 2-3 dress sizes in just a matter of minutes.” But is it really that simple? Picture it. New York City. Summer 2010. I found the cutest dress for my trip to Miami but there was a bulge in the mid-section. I needed something that would suck-in my stomach, not just smooth it out. Something that gave the illusion that I didn’t enjoy fried foods, rich desserts and skipping the gym on occasion. So off I went to find this “Body Magic” that I had heard about so many times before. I ended up at a hair salon (this product can only be found online or through an independent dealer). For over an hour I stood in the back room of the salon, surrounded by corsets and economy-sized boxes of perms and shampoo, and maneuvered my way into the ensemble. My coach, who doubled as a shampoo girl, called out all the plays. “Put your legs in, stretch out the straps over your shoulders, squat down and arch your feet,” she barked. Not only was I sweating by the time the thing was on, so was she. I’ll admit that once everything was in place, I was impressed with my new shape. The garment cinched my stomach in quite a bit and pushed my breasts way up (that was never my aim… more of a bonus). I felt like a pin-up girl from the ’50s. But how long would that last? The point of getting the girdle was to look cute in my dress and ultimately attract men. At some point, though, the man that took notice would discover that my stomach was not flat. Then what? Would my wit and charm have already won the man over to the degree that he wouldn’t care that I was actually a size 12/14, not a 10? This experience has taught me a few things: Pause for the cause. Girdles can create a “pause” situation. In first-time intimate situations, the girdle can ruin the moment. (The moment, not the night.) Few men will let a thing like a girdle get in the way of closing the deal. But some advice to a woman who feels a girdle is necessary: “Get it off as quickly and as smoothly as possible.” A little white lie (with lace) is still a lie. Women always complain about men lying. Well, ladies, wearing girdles is not exactly telling the truth. A man doesn’t have to look through your cell phone to realize you’ve been lying about some things too. Body slimmers trump corsets. Body slimmers, like Spanx, are often necessary to complete a look. Let’s face it, even the smallest woman has “problem” areas — parts that stick out or wiggle too much. A body slimmer can correct that quite easily without distorting a woman’s natural shape. A corset, like Body Magic, will create an hourglass figure but could also lead to a false advertisement lawsuit from a suitor. Love is still the answer. Try not to get in the habit of substituting body slimmers for proper diet and regular exercise. Tightening up an area is one thing, but turning yourself into Lady Gaga with nylon and Spandex is another. Love yourself wherever you find yourself today. Love your stomach or thighs or back fat (I think the latter will probably require a great deal of prayer) and someone will likely love it too. Lakeia Brown is a freelance writer living in New York City.