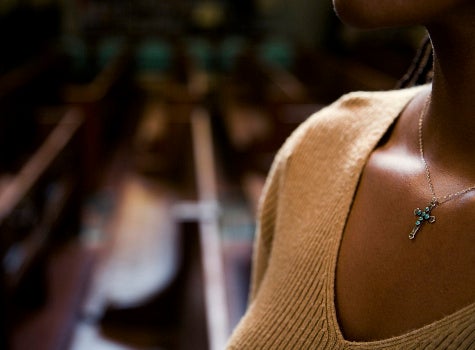 As a Black woman who was raised in the church, I’ve spent my share of time in the pews. My mother was a choir director, as was my grandmother before her, and my father still sings tenor in the choir every Sunday. From choir rehearsals, Easter programs, Christmas plays, Sunday school and bible study, I was always directly linked to my religion and the people who helped make all of the building’s events possible. Growing up, I remember a gentleman, let’s call him Trevor, who was an amazing musical talent. He was over 6 feet tall, could write gospel songs, arrange the music and direct the mess out of any choir he had the pleasure to lead. Then one day, he was gone. No one ever told me why, but I had my suspicions, better known as “gaydar” (did we call it that in the early ’90s?), as a teenager at the time. My dad joked that Trevor was too “happy” but I knew that the man who’d made our choir the talk of the town was gay. Some years later, Trevor returned to our church to visit with a surprise — he was married, to a woman. You might think that’s ridiculous, but I have a few gay male friends who’ve done what Trevor had and tried to “pray away the gay” with varying results. Here’s my problem with the theory that a sexual preference people are born with can be whisked away by God; this idea suggests that 1) being gay is a choice and 2) it’s reinforcing the idea that though the bible preaches unconditional love and a “come as you are” invitation, we as members of the Black church don’t really have to uphold that part. I hate this entire paradigm. People should be able to go to church and “get their Jesus” in peace. Parishioners should also be able to use their talents for the glory of God without ridicule. If you’re a gay man or woman that’s nice with the piano or gangster with praise dance choreography, you shouldn’t be so harshly judged on your sexuality that you don’t share your gifts in God’s house. Yet, this is what happens. Church members are so afraid to be judged by the rest of the church body that sometimes they don’t participate, or if they do, they hide their sexual preference, which is a big burden to bear. I live in Brooklyn and attend a Baptist Church, where I routinely arrive late as if synchronized with my buddy, let’s call him Terrence. Every Sunday we sit near each other, laugh at the pastor’s jokes and discuss the sermon over brunch… along with the newest guy he’s dating. I see nothing wrong with his dating habits or his love of the Lord and it seems as if most people at my church are compassionate to alternative lifestyles considering the folks next to me in the pews, however, I’m clear that my experience at a Baptist church in America’s biggest and arguably most cosmopolitan city is not always the case. Still, I think it should be. Years later, as a soprano in my university gospel choir, I saw Trevor again when he led one of our workshops. He remembered me and I’m pretty sure he was wearing his wedding ring but I always wondered if he was happy in the life he’d created, and how it would’ve been different had he had the freedom to truly be himself.