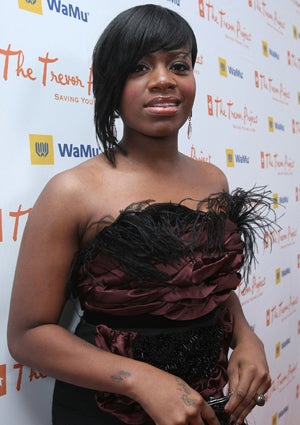 Like millions of other Americans, I tuned in to “Good Morning America” yesterday to watch Fantasia Barrino’s interview with Robin Roberts. It was the “American Idol” winner’s first live appearance since she curled up with a bottle of aspirin and tried to kill herself. Admittedly, I clicked on abcnews.go.com with an intense curiosity that I’m blaming on my occupation as a journalist instead of a morbid human fascination of watching train wrecks as they occur… I cringed at the way Roberts, as good an interviewer as they come, meandered uncomfortably — even uncharacteristically stuttered — around the tough questions that her job requires her to ask. Roberts: “We heard you say when you woke up, ‘I’m still here.’ You didn’t want to be here?” Barrino: “I woke up and said, ‘Oh, God, it’s just gonna be more drama.'” Me: Speechless. I reeled back from my computer screen at the emotional impact of listening to a young Black woman talk about being disappointed in being alive. The last time I felt like that, Lauryn Hill was strumming her guitar chords off-key on an MTV Unplugged and begging more than singing for God to “please come free my mind.” I thought the same thing then that I did watching Fantasia treating Roberts’ couch like it was a therapist’s office: “Who let her do this? She needs help, not an audience.” When I was 13, I had two classmates put guns to their heads and pull the trigger. Both died. It was my first introduction to death and the finality of it. I’ve spent almost two decades wondering, especially around this time of year when they both occurred, how a person could get to the point that death at their own hands could seem like the best option. Yesterday I wondered what demons could be so bad that a mother could leave a child; that a uniquely gifted and talented woman could give up on options at the tender age of 26? The answer isn’t for me — or us – to know. Whatever it is that took Fantasia to that point — the wrong man, the wrong decision, or even a series of them — isn’t an issue that’s fixed in two weeks or on national (or cable) TV. And getting through it – not over it — isn’t an ordeal to be played out in front of millions of spectators who mistake a suffering woman’s real life for sport. Death isn’t reality TV. Death is reality. Barrino explained her expedient return to the spotlight as a decision made with her life coach, i.e., someone better than a best friend, worse than an actual therapist, which, for the record, she desperately needs. “I take a licking and keep on ticking,” she said about her usual resolve, the same one she’s demonstrating now by distracting herself with a promotional tour for her new album, “Back to Me.” Like many Black women, Fanny wears an “S” on her chest and thinks herself a superwoman. But there’s nothing at all super about battling demons in the public eye. As much as I appreciate Fantasia’s honesty and putting a relatable face on the issues a lot of Black women deal with — hurt, pain, an inability to trust and loneliness, which read like the symptoms of depression — I’m quite scared for her future. She couldn’t even finish the interview before the tears began to flow down her brown cheeks. As much as she says she’s okay, I don’t believe her. But I want her and anybody who feels the way she does to know that not being okay is just fine. Just go on and get yourself together with the help of some good prayer AND a therapist instead of sweeping issues under the cliche rug and stomping all over them in a four-inch heel. By the time Fantasia’s tears rolled, mine were welling up. Fantasia, honey, I thought, to hell with promoting the album. You need to focus on you. We (your fans) will still be here. But if you keep on like you are, will you be with us? I’m not so sure. ESSENCE Relationships Editor Demetria Lucas is the author of the upcoming book, A BELLE IN BROOKLYN (Atria, June 2011). Follow her on Twitter at twitter.com/abelleinbk