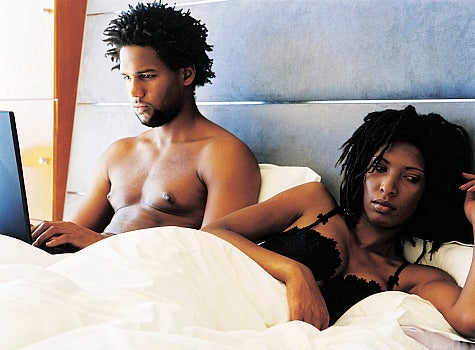 Being in a long distance relationship changes the game for how you choose to communicate with your significant other. I always knew trust and communication were key components to a lasting relationship, but always focused more on the former as opposed to the latter, until I found myself in one of the healthiest relationships I’ve ever had — and I attribute its healthiness in part to the way we communicate unequivocally. Some would call us corny. As a poet it’s only natural he writes poetry about me and I write blog posts about him (as part of a bigger point, of course). We email each other, use about every other social networking, technology tool and spend hours on the phone nightly to uh… communicate. In the past it was like pulling teeth to get some of my exes to say how they felt or what they really meant — in lieu of what they thought I’d like to hear. There was always a lot of finger-pointing, accusations, yelling and running around in circles about where we were. Problem was, we heard what the other was saying, but no one was really listening. Sort of like what is occurring right now between Black women and men. No one is truly listening. The art of effectively communicating in relationships is still one many have yet to master. For Black women and men the breakdown of communication appears to be the heart of the matter contributing to our dissension. Besides the studies that have opened the floodgates for the faux concern with Black marriages, for evidence of the failed communication between the two genders, one need look no further than comments on popular blogs or online magazines where relationships are discussed. Communication is not a race specific issue, nor should the blame be placed on any one gender. We all have our failures when it comes to communicating. In order for Black women and men to begin rebuilding strong and lasting relationships we must start with the root to cultivate that growth. As much as I give the Prince “Alicia Keys get your pregnant behind off that piano” side-eye to relationship experts, self-help relationship books and every other “fix it” tool aimed to capitalize off complex issues in our community, I understand the necessity for some of it. If we aren’t listening to one another, maybe we are more prone to take heed of a third party, which is why I respect Hill Harper’s “The Conversation: How Black Men and Women Can Build Loving, Trusting Relationships.” Harper is not preaching to Black women and men. Instead, he’s assessing what he sees to be the issues, including his own experiences — and offering solutions. Early in the book, Harper shares his sentiments regarding Black relationships:

There is merit in Harper’s observations. And if we agree communication and trust are the most important elements of a successful relationship, why does it seem like we’re failing at one, if not both of those functions? And what exactly is effective communication? How one couple chooses to communicate with one another may work well for their relationship… while to somebody else it may be appear to be insane. I’m sure several of us know at least one couple that wouldn’t hesitate to call one another everything but a child of God in the heat of an argument, while the rest of us are looking at them like an episode of the Bobby and Whitney show. Crazy! But if it works for them, who am I to say it’s not effective? As universal as the need for communication skills are, there is no one-size-fits-all model. Certainly though, truly listening to one another is a good start across the board. I would like to see Black women and Black men arrive at a happy medium in the way we communicate. Checking attitudes, egos and pride at the door has to be at the center of reaching that goal. Being honest is also imperative. Once we get past all the “my plight is tougher than yours” and blame-game rhetoric, maybe then we will be able to receive the valid concerns we each have about the opposite sex. Without a shift in the way we are communicating, we will continue in the cycle of tension, abhorrence and unhealthy relationships that are affecting the family unit and larger societal issues in our community.