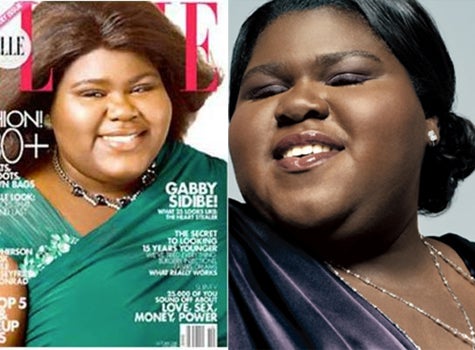 In the 1950’s, some affluent Black communities had “blue vein” rules for membership. In other words, if your skin was too dark, or browner than a grocery store paper bag, you were excluded. However, visible blue veins through your skin was a ticket for admission to the club. Given the years of oppressive racism and discrimination that was targeted towards Blacks soley based on skin color in the United States over the years, I can understand the yearning just to belong to the blue vein club. It’s human nature to want to belong, be accepted, respected and valued. Thankfully, the Civil Rights Movement which used policy to shape and inform the moral values of equality and  grassroots Black consciousness, “Say it Loud, I’m Black and I’m Proud,” big afros, black models with natural beauty and hair, black heroes and sheroes and our own families and communities expectations and examples put a focus on character over color. Hallelujah! Now Elle magazine has ‘editor dysmorphic disorder’. Here’s what I mean, there are folks (more typically women) who look in a mirror and see themselves as flawed no matter what they look like. They could be fit, beautiful, thin…doesn’t matter, they see imperfection and are extremely distressed by what their misperception. A classic, recent example is Heidi Montag’s attempt to surgically reconstruct her whole body. She has body dysmorphic disorder. Gabe Sidibe is Elle’s mirror. The powers that be at Elle magazine reportedly lightened her skin for her cover shoot. Take a look. It’s a charge the editors have not outright denied.  The implication is that her skin color is flawed, too dark, needs a retouch or whatever imposed standard of beauty a few decided. How dare they? How can we expect our young Black girls and women to embrace all of who they are, hair, skin, body type, intelligence and talent when a select few try to dictate that they are still not good enough? I think that Elle crossed a line, they should publicly acknowledge their mistake. What do you think? For more “Real Talk” stories by Dr. Janet Taylor, click here.