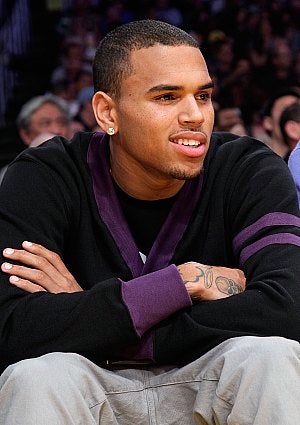 It’s Chris Brown’s birthday, probably the best time for C. Breezy to take a little break. Go on a vacation, do some soul-searching, or find a healthy distraction to keep him as far away from the entertainment industry as possible. At least for a while, because by the look of things, he’s really doing more damage than good to his young career. This all started back in December, when Chris used his Twitter page as a platform to whine and complain about stores not shelving his latest album, “Graffiti.” Frankly, it was an understandable response by retailers to his deplorable actions involving Rihanna. Brown was clearly angry and tweeted: “Major stores r blackballing my cd. not stockin the shelves and lying to costumers. what the fuck do i gotta do.” Brown continued, “WTF… yeah i said it and i aint retracting shit,” and “im not biting my tongue about shit else… the industry can kiss my ass.” For Chris, it was way too much too soon, and like that he disappeared from the Twitterverse. He must of not have let it all out, because just last Friday, he had another hissy fit. Brown, scheduled to make an appearance at Virginia’s Q94 WRVQ radio station to promote an upcoming Haiti benefit concert in Richmond, stormed out even before beginning the interview. Brown was annoyed when he realized that the station did not have any of his songs in heavy rotation, and decided to let the radio personality know there was no point in continuing. “All I’m saying is that you don’t play my s—, why am I even doing this interview? I ain’t doing this s—,” he said before abruptly ending the conversation. Way to go, Chris! That’s a sure way to get your music played when you’re not begging fans on your new Twitter account to request your music. What takes the cake was the comical decision for Chris to sing the National Anthem this past weekend at the opening of the Mayweather-Mosely boxing match. The admitted domestic abuser and convicted felon singing at a boxing match? Irony or twisted publicity stunt? It’s enough to make you shake your head, wondering if he’ll ever stop. No, the sordid saga continued, when in a recent interview with Pop Eater, Chris Brown talked about the May 15th benefit concert he’s doing in Virginia and said it “hurts” when his motives are questioned. “To be honest, it does. I’m human, just like the next person,” says Brown. “I could care less about them wanting to participate, because it’s something I’m going to do to help my community. But when it’s a question of ‘Oh, is he doing this to gain fans or get his image back,’ it hurts.” Who is he fooling? Why insult the the intelligence of the public? It’s beyond obvious that he is human and that we make mistakes, however, he gets no pity. All of us are human, but many of us learn from our mistakes. It’s upsetting to think he uses the celebrity card to make a nonsensical point. If you’re wrong, you’re wrong. Unfortunately for Brown, he can’t win for losing. So, why doesn’t Chris just do the smart thing: go somewhere and sit his ass all the way down? Well, he has two major problems. First, Chris must be more mindful of the company he keeps, and respect them and their role in his life. That includes his inner, and not so inner circle. Everyone from his stylists to his homies. Often, entertainers have a warped sense of reality that causes them to behave abnormally (see Kanye West circa 2009-2010), and it requires them to be checked by those closest to them, and those responsible for his image and career. Yes, Chris is allowed the freedom to make his own choices, but think about your own dear friends who make mistakes. Sometimes there’s a point where you’re obligated to intervene. It appears no one is doing that in the CB camp, or unfortunately C. Breezy has no problem throwing caution to the wind. Secondly, and maybe most importantly, the root of Brown’s problems is that age is not on his side. A 21-year-old male is not the most mature human being, to say the least. His lack of maturity is more than likely the cause of many ridiculous episodes. At his age, often a clear sense of identity has yet to be established, causing you to not truly know who you are. In Chris’ case, this results in him wanting to be liked by everyone at all times. He is continually acting up, then apologizing for his actions. This destructively juvenile cycle is getting old, and he needs to learn when to simply take it easy. It’s great to see Chris Brown turn a year older, but it would be better if someone could make Chris see it’s time to turn a year wiser.