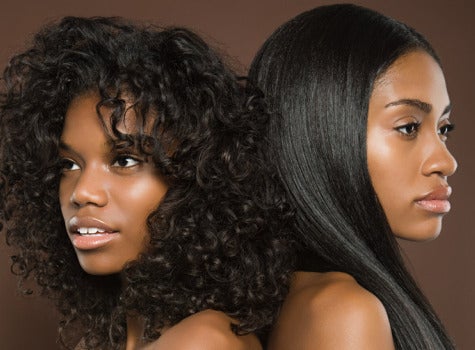 Right now, black women everywhere are enjoying a lusty love affair… with their hair! On the heels of Sesame Street’s “I Love My Hair” video and 10-year-old Willow Smith’s debut single “Whip My Hair,” nothing’s hotter than Black tresses right now. And it’s about time! From birth, Black women are taught that their hair is too fuzzy, too curly, too nappy — not white enough. Although these two wildly popular videos are targeted to the under-18 set, the messages of self-acceptance have resonated with Black women in a major way… The Sesame Street video features an adorable brown Muppet singing a darling ditty about loving her curls (“don’t need a trip to a beauty shop/cause I love what I got on top”). Written by an Italian man inspired by his adopted Ethiopian daughter, it was meant to teach self-acceptance to young black girls, but on blogs, Facebook and Twitter, grown women are writing about how the song has helped them reexamine their relationship with their hair. In a few short weeks, the song has become an anthem of self-love for Black women of all colors and hair textures. Soon after “I Love My Hair” came Willow Smith’s debut single and video, “Whip My Hair.” The beat is positively addictive, but the lyrics are what’s resonating with Black women. In the video, the pint-size Jada lookalike whips her long, ropelike braids to and fro, singing “Don’t let haters keep me off my grind/Keep my head up I know I’ll be fine/I whip my hair back and forth.” For Willow, her hair personifies strength. Her tresses are so beautiful and powerful that the action of tossing it around can keep negativity at bay. Quite a message — it’s no wonder that in two weeks on YouTube, the video has 12,078,383 views; and a mash-up of Willow’s song and the Sesame Street video has earned  over one million views! Why now? Now more than ever, Black women have been growing out their relaxers and embracing their natural hair, while haircare lines like Carol’s Daughter, Miss Jessie’s and Hair Rules are now offering top-notch products to help us care for our natural curls. We were already on the way to an honest self-acceptance, and then an curly-haired brown Muppet and a sassy 10-year-old came along and spoke directly to the little girl in us, reminding her that her hair is beautiful because it’s hers. Can you imagine how evolved we’d be if we’d had such strong self-love messages as kids? No matter — what these videos are teaching Black women is that whether you’re 9 or 39, it’s never too late to fall in love with yourself.