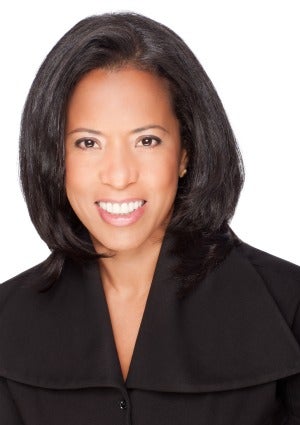 As we head into the homestretch of the midterm election on November 2, examination of the crucial role of Black voters in the fate of many leaders was unavoidable. As the New York Times recently indicated, “the black turnout percentage in the [2008 general election] exceeded white turnout by a fraction of [a] percentage. These are very impressive numbers by any measure, and not easy to dismiss — even in this noisy political season where the Tea Party has dominated headlines. Quiet as it’s kept, just two years ago another political revolution was revealed on November 4, 2008 that remains a compelling American story… Once all 125,225,901 ballots were counted, Black women had the highest voter turnout. In fact, “eligible Black female voters increased [our presence at the polls] by 5.1 percentage points, from 63.7% in 2004 to 68.8% in 2008,” according to the Pew Research Center. Further, Black women had the highest voter turnout among all racial, ethnic and gender groups that year. What gives? Unlike the present political winds of change, we weren’t enraged but engaged with the possibility of change. This feeling has not yet abated. For all the chatter about current American discontent, an opposite effect is happening with Black women and the Black community. Our own study on the State of African-American women echoes this sentiment with respondents indicating optimism, self-confidence and personal resiliency are integral to their emotional, financial, and spiritual well-being. A recent study by noted University of Pennsylvania economists Betsey Stevenson and Justin Wolfers indicates that happiness gains for Black women increased, while White women, despite their educational, economic and social progress, are less happy. As readers of ESSENCE Magazine have been telling us for the past 40 years, Black women are looking to make their communities and neighborhoods better and safer places for their families and for themselves. Perhaps what’s been under-reported is the enormous educational, economic and social progress African-American women have made since 1970. Today, according to the U.S. Department of Education, “Black women earn two thirds of all bachelor’s degrees awarded to African-Americans.” In 2002, “Black women owned 547,341 companies,” a 75 percent increase from five years before. And if you want to know how far we’ve come, look at The White House, where three generations of African-American women call 1600 Pennsylvania Avenue their home. The optimism so many of us feel isn’t seen through rose-colored glasses. Plenty of us can relate to Velma Hart, the middle-class Maryland woman who recently asked President Obama to assure her that he remained the change agent she had voted for during a memorable town hall meeting. But others of us see our reflection through First Lady Michelle Obama, whose buoyancy in the face of adversity reminds us of the wisdom of our grandmothers, who multi-tasked and got things done at work and at home. It is their wide-eyed view of the present that has kept the Black community focused through time immemorial. And it’s their perceptive gaze that still guides us. Now, more than ever, Black women hold our destiny in our hands. And on November 2, we hold the fate of dozens of leaders in those same hands. There has been much talk about employment, education, healthcare and opportunities for small business owners this political season. Given our presence and numbers in the 2008 general election, few politicians have made an effort to engage an audience that is once again poised to make a major difference in the outcome of highly contested races. “The air is shivery with possibilities,” Toni Morrison wrote in 1972 at the height of Shirley Chisholm’s campaign for president. I believed that then as just a young girl inspired by Chisholm, and I believe that now, as one of the millions of Black women, continuing to make change in our beloved country by understanding the power of the vote. Michelle Ebanks is president of ESSENCE.