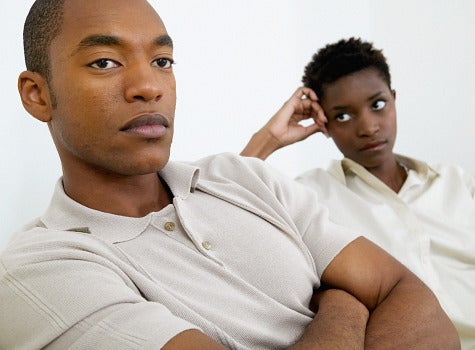 Valorie Burton, life coach, author and ESSENCE.com blogger, provides a short list of helpful relationship facts for the ladies who just can’t seem to understand the men in their lives. Dear Valorie, My ex-boyfriend broke up with me for the second time. I really miss him and want to try just one more time. Even though he said he just doesn’t think I’m the one, I think he would be open to trying again. We argued a lot and I think that’s why he said that in the heat of the moment. He says I have a lot of wonderful qualities, but he can’t take my negative attitude and I’m not supportive of his dreams. One of my friends said the other day that maybe my ex-boyfriend felt disrespected if he didn’t have the support he wanted from me. She said I just don’t understand that men and women think differently. I’m 31 and I’m tired of the drama of relationships. I’m tired of just dating. I just want to find the right man and settled down. Maybe she’s right that I don’t “get” men. I want to learn so I can quit going around the same stupid mountains. Help! Answer: Your friend is right. Women too often give men what women want rather than giving them what men want. Take a step back to understand that what you experienced in the relationship is a classic example of six things I’ve observed many women don’t get about men. Remember them for your next relationship : 1. You don’t need to “interpret” what they say. Most men are simpler in their communication than women. Don’t try to interpret what they mean. If he says, “I don’t think you’re the one,” take him at his word. Don’t psychoanalyze him and convince yourself that you can change his mind. It will save you time and needless suffering. This is the main reason it’s time for you to let go and move on if your goal is a long-term relationship. Learn from your last relationship, but don’t dwell on it. 2. If they break up with you once, they’ll probably break up with you again. This one goes for men and women. When you break up with someone, there is almost always a good reason. Time away from the person may make your heart grow fonder because you haven’t been around them much. You begin to idealize the relationship – remembering all the good things and glossing over the bad. So you go back – only to remember why you broke up with the person in the first place. So even if he will take you back, there’s a good chance it won’t last. Unless something concrete has changed, leave a broken relationship broken. 3. They need your respect. In her book, For Women Only, Shaunti Feldhahn describes a survey in which men and women were asked this: If you had to choose between being alone and unloved or being inadequated and disrespected, which would you choose? Both men and women felt the answer was obvious. But their responses were almost the exact opposite. Women said they’d rather be disrespected than be alone and unloved. Men overwhelmingly (74%) said they’d rather be unloved than disrespected. Of course they’d like to be both respected and loved, but if given the choice of just one, the choice falls along gender lines. We are wired differently. You need to be with someone you believe in and respect. Then supporting his dreams won’t be a drain on your energy. 4. They are more insecure than they appear at first glance. In general, men feel a lot of pressure to exude confidence, to look like they know what they are doing at all times (think about the man who insists he doesn’t need help with directions). His ego is more fragile than you think, so lift him up. Support his dreams and desires. Encourage him. Be his biggest cheerleader. Tearing him down will only push him further from you. 5. They really care how you look. It’s not about looking like Beyonc. But it matters to a man that you care about your appearance, and put in a little effort, even when you are busy. It means a lot to him. It’s a way to show you care about him – and yourself. 6. There are good men out there. I’m not saying the bad ones don’t exist – they do. But there are a lot of good ones. Hard-working ones. And sometimes we spend so much time complaining about the ones who are not worth the time that it’s easy to overlook the ones who are. They may not all come wrapped in your fantasy package, but if you unwrap the package, you’ll find a treasure. And sometimes the ones who appear to have it all, are lacking what you need emotionally, spiritually and intellectually. Now, there are just as many things men don’t understand about women. But that topic is for another day! Next time a prospective mate comes along, one who is deserving of what you have to offer, keep these six tips in mind and you may just find yourself in the relationship you’ve been hoping for. Valorie Burton is a life coach and author of several books including What’s Really Holding You Back? and Why Not You? 28 Days to Authentic Confidence. Subscribe to her free weekly e-tips at www.valorieburton.com. Read her weekly ESSENCE.com blog Life Coach 911 here. For examples of a healthy love, check out these couples.