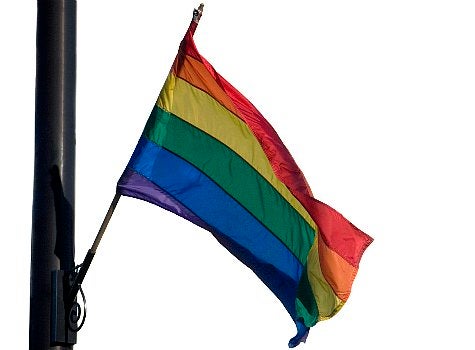 Last week, US District Judge Vaughn Walker ruled that Proposition 8, a piece of legislation which banned gay marriage in California, was unconstitutional. In his 137 page opinion, the judge stated that “Proposition 8 singles out gays and lesbians and legitimates their unequal treatment” and “perpetuates the stereotype that gays and lesbians are incapable of forming long-term loving relationships and that gays and lesbians are not good parents.” Most supporters of Proposition 8, as well as the other 30 bans on gay marriage across the United States, have cited religion as the primary reason for their opposition to same sex marriage. As someone who has long since been passionate about supporting equal rights for people of all sexual orientations, it was frustrating for me to hear gay rights advocates attempt to pose the Black vote as the reason for Proposition 8’s original success back in 2008. The numbers have since proven that to be false. It is even more frustrating to know how many of our people choose not to support the fight for marriage equality. Some two-thirds of California’s Black voters supported the measure. While I do not expect for all of our brothers and sisters to line the streets with picket signs and petitions, I’m deeply saddened by the fact that so many of us would be opposed to allowing people of all sexual orientations to marry. On the other side of the country, another battle is raging with religious implications of its own. An Islamic cultural center and mosque is scheduled to be built two blocks away from the ruins of the World Trade Center. Many oppose the construction, stating that a Muslim group took responsibility for the September 11th attacks renders the location inappropriate. While the group behind the Islamic center has obtained clearance from the city to build, and the support of Mayor Michael Bloomberg, the debate has made national headlines. Opponents of the mosque have cited that the religious space will symbolize an “Islamic victory” over America; others who may not be as blatant in stating opposition to Islam as a faith still maintain that there is a level of insensitivity to the 9/11 victims’ families. While only one percent of the Black American population identifies as Muslim, some 85% percent subscribe to some sort of religion (with Christianity making up the greatest portion of that figure). Historically, people of all colors and faiths have had trouble balancing their committment to their own belief system with their ability to respect the legally protected rights of others to function otherwise. It is our very committment to faith in the Black community that should motivate our people to support the right of others to worship freely, as we wish to do. We cannot condemn those who do not answer to God in the same way that we do if we do not wish to be oppressed in the same way. Freedom has often been elusive for Black people throughout our history in this country. What does it say about us if we seek to keep it away from others? From our own brothers and sisters? The Constitution asserts a very clear separation between church and state. While people may allow their religious texts to dictate how they feel about the concept of gay marriage and their acceptance of those who participate in them, it is simply unreasonable to expect others to govern themselves according to those beliefs. In the case of the mosque, it is paramount that we understand that Islam did not attack the United States; a group of people who practice the faith did that. To describe a mosque as symbol of terrorism is an inaccurate and offensive condemnation of the world’s second largest religion — one that is practiced by many Americans of all creeds and colors. Both debates speak to a need for people of all races and faiths to be reminded that the United States is not a theocracy. We are not a Christian nation, nor a Muslim one. Centuries of race-based prejudice at the hands of White Americans should have taught Black folks the dangers of allowing one group to pose their needs and their beliefs as the definitive American way. We know firsthand the terror of marginalization and compromised rights. Thus, we should not ignore nor support the oppression of others (including many of our own brothers and sisters) based on sexuality or religion. Jamilah Lemieux writes about race and culture on her blog, The Beautiful Struggler.
TOPICS:  Politics