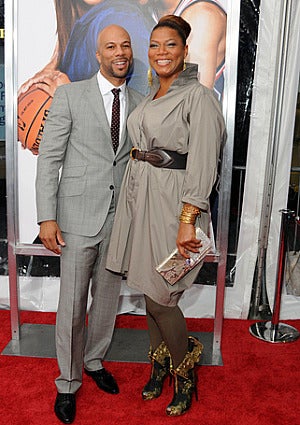 “Just Wright” stars Queen Latifah and Common surprised the 5th Grade Chorus at Staten Island, NY’s P.S. 22, while the 60 elementary school singers were practicing in Manhattan. The kids, who previously performed with Common at the 2009 National Christmas Tree Lighting Ceremony, screamed as Queen and Common walked in on them singing “Champion.” Check out the video below. Too cute. Don’t be surprised if your Facebook friends aren’t speaking to you today. The popular social networking site had a privacy breach yesterday, during which users could read their FB friends’ individual “chat” messages.  [CNN]   Talk about locks of love. Folks are donating human hair and animal fur to help clean up the oil spill on the Gulf Coast. Matter of Trust, an environmental charity in SF says the texture of hair that allows strands to soak up natural body oils is also good for collecting crude oil. Now might be a good time to pull  a Chrisette Michelle. [NYT] After a long illness, Nigerian President Umaru Yar’Adua has passed away. Yar’Adua, 58, promised lots of reform for the West African country, is noted for having made progress in combating conflict in the Niger Delta. [BBC]   As the Nas and Kelis divorce saga continues, the “Illmatic” rap star claims he can’t afford to pay Kelis over $87,000 in back child and spousal support and $10,000-a-month in spousal support that an L.A. judge ordered him to shell out last month. [TMZ] We’ve been remiss in not touching on this. What do you think of Kobe Bryant’s Photos in L.A. Times magazine? [L.A. Times Mag] “The Boodocks” is back. The Adult Swim animated series premiered its third season at number one, claiming 2.55 million viewers. [AOLBV] Gabourey Sidibe turns 27 today! Twenty-six was a big year for the young “Precious” star, whose birthday wish is to make a guest appearance on “Glee!” Happy Birthday Gabby! Keep shining.