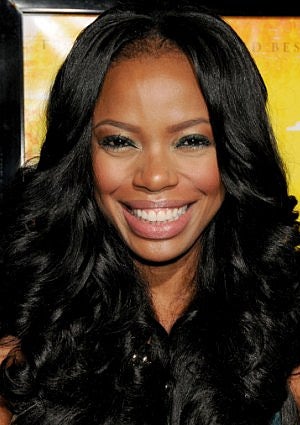 Since “Girlfriends” we’ve missed Jill Marie Jones, who played the gorgeous, materialistic, outspoken real estate agent Toni Childs. Jones is back,  nabbing a micro-series on TBS called “Gillian in Georgia” about a cool, single gal from New York who visits her family in rural Georgia. [AOLBV] Sarah Palin’s former beauty pageant rival, Maryline Blackburn, is running for a seat in the House of Representatives. A singer and actress, Blackburn beat Palin for the Miss Alaska 1984 title and was the first African American contestant in the Miss America pageant. [People] Erykah Badu is not going down without a fight. The Grammy-winning singer entered a not guilty plea to a charge of disorderly conduct on Wednesday for undressing in public for her controversial “Window Seat” music video. [MTV] Retired gymnast Dominique Dawes, is getting a bronze medal from the 2000 Sydney Olympics, ten years later. After it was discovered that Chinese Gold medalist Dong Fangxiao was underage, the Chinese team was disqualified. The teams medals shifted to the American runners up, including Dawes. [Epoch Times] Supermodel Naomi Campbell recently dropped by the Oprah Winfrey show for an interview. She did manage to sit through this one without losing her temper and signed Oprah’s “No Phone Zone” pledge. Catch the full episode on Monday. [WWD] Our hair and beauty editor Tia Williams put us on to Aveda’s Light Elements Shaping Wax to smooth that extra new growth down in between relaxers. With the weather warming up, a girl can use the extra help. [Aveda]