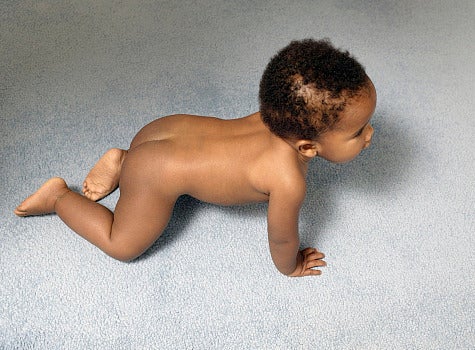 To snip or not to snip is the question for many parents with newborn boys. In the US, circumcision rates are down–from 90% in the 1960’s to 65% today–and Blacks and Hispanics often have the lowest rates of the procedure. The Center for Disease Control recently caused a stir for saying it was considering making a recommendation that all infant boys be circumcised following a study done on men in Southern Africa in which those who were circumcised were less likely to get or transmit HIV and other STD’s to women. The American Academy of Pediatrics meanwhile does not make a recommendation for circumcision and says there isn’t enough data to suggest that the procedure has medical benefits. ESSENCE.com spoke with four moms to find out which side of this hotly contested debate they stand on. Find out what they had to say. Kendra, (has two-year-old son): “I don’t think there’s any proven benefit to being circumcised. I think it’s unnatural and it seems unnecessarily painful for a newborn. They’re so new and precious, why would you want to see them bleeding and screaming? My son’s father wanted to have him circumcised because he said he thought it was easier to keep clean and I think that’s kind of dramatic. I want to keep my son natural so we don’t deal with a lot of intervention when it comes to his body. I don’t even know anyone whose baby was circumcised. It must be very painful for the baby afterwards.” Gyl, (has 10-year-old son): “My son was circumcised in the hospital after he was born. I think that for most modern people, unless you have a religious conviction, circumcision is a normal, natural process. It wasn’t even anything me and his father discussed because he too had been circumcised as a boy and neither one of us had any real convictions against it. My son has asked me to describe the process and I tell him, from what I can recall, a small piece of skin was taken off with a surgical knife and that there was very little bleeding and the whole process was less than five minutes. He said he couldn’t remember whether he was circumcised and I told him, ‘Trust me, you cannot remember, and the pain is the shortest memory anyway.'” Natasha, (has 9-year-old son): “I knew I didn’t want to give my son any more pain beyond his experience of coming through the birth canal so we decided against circumcision. This was a huge departure from anything either my husband’s family or mine had done so we’ve had to do our research. One of the things we do in teaching our son about hygiene is showing him how to pull back the foreskin and clean. By now we’ve done more than enough research to understand that circumcision is about aesthetics more than anything else. In the large majority of the rest of the world, men are not circumcised, unless they’re Jewish or they’ve gone through some sort of ritual. What we don’t talk about is that there are so many men who’ve had to have reconstructive surgery because of botched circumcision procedures when they were babies.” Hillary (has 7-year-old son): “Why wouldn’t I circumcise? All the men I’ve been with are circumcised and I don’t want women to look down on my son because he has all this extra skin. Besides, I think it’s better for both parties if he is circumcised. I don’t understand why people would not circumcise because I’ve been told it’s a trap for bacteria, which heightens your chances of getting STD’s, but then again I’ve never read up on research stating otherwise. I just know that when the nurses came in to ask me whether I wanted my son circumcised at the hospital, I said yes.” How do you feel about circumcision? Read More: