Filling the timeline Friday afternoon are congratulatory tweets for singer Ciara and her Seattle Seahawks quarterback fiancé on the news of their engagement!

She Said Yes! Ciara and Russell Wilson Just Got Engaged

Wilson posted a video via Instagram on Friday afternoon of the couple in their post-engagement glow and what should have been a joyous announcement soon turned into a petty parade.

She said Yes!!! Since Day 1 I knew you were the one. No Greater feeling… #TrueLove @Ciara 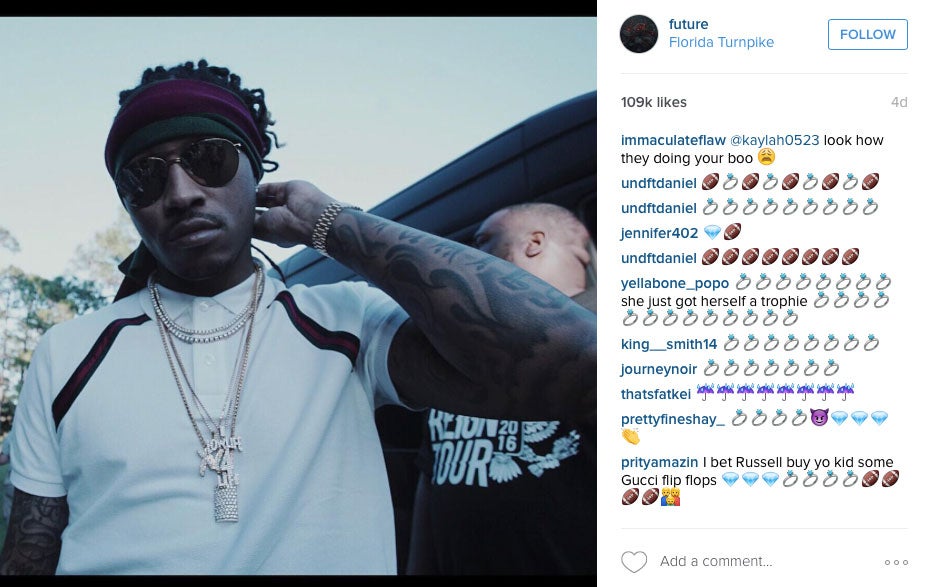 On Twitter, fans imagined what would happen following Future’s reaction.

*Ciara and Russell Wilson get engaged*

we check in with Future: pic.twitter.com/CqkzRsxBia

In all seriousness, We should be happy for Russell Wilson because …well…. he glo’d up on his old work pic.twitter.com/2psUsfGB5A

“laugh all you want fellas, but once March hits she’s going to dress it up and make it real for me.” pic.twitter.com/r42XjG97bh

We wish the couple nothing but the best on their new journey into lifelong bliss (and wherever Future is we hope he’s happy)!