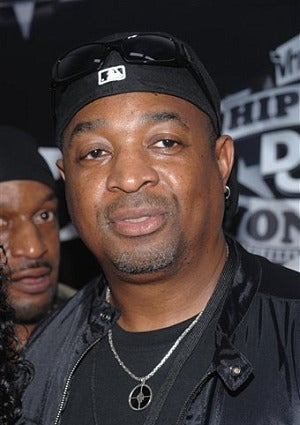 He may not have not released a mainstream album in a minute, but Public Enemy’s Chuck D. continues to teach about social consciousness in all his projects. This time it’s through a new documentary film about Kwanzaa called “The Black Candle: A Kwanzaa Celebration”. Directed by 26-year-old filmmaker MK Asante and narrated by Maya Angelou, the doc celebrates the African-American experience and tries to flash out some of the misconceptions about the holiday. ESSENCE.com spoke with Chuck D. and MK Asante about their collaboration.

ESSENCE.com: Why did you choose to make a documentary about Kwanzaa?
M.K. Asante: I have this motto that if you make an observation you have an obligation. Kwanzaa is powerful in it’s ability to reconnect people with certain principles. This film is a story about a holiday but also it’s a story about a people and how they came to be self-determined.
Chuck D:  I totally agree with MK. I wanted to be a part of this because firstly, I’m a great admirer of MK’s dad Molefi Asante. Also I  think the whole world needs to know that out of the cold of North America comes this gleaming energy of hope and reflection and future forwardness that’s all encapsulated into this film. The whole world should be able to pick up these stories and great ideas.

ESSENCE.com: What do you want people to learn from it?
Chuck D: That Kwanzaa is the right thing to have in this holiday season. Instead of packing up and trying to figure out how many things you can get out of Target and Wal-Mart for that one day [Christmas]. We need about seven days to figure out who we are and where we’re at and love each other. It’s a time for reflection to help us try to figure out how we’re gonna enjoy the next year. Kwanzaa is all there for that. And it speaks in detail of all these qualities out there.
Asante: The purpose of art is always to take people from where they are to a place they not yet considered. With this film we want people to not only get a new understanding of Kwanzaa but also an understanding of themselves.

Learn more about Kwanzaa: “The Black Candle: A Kwanzaa Celebration” is now available on DVD for $19.99 and on iTunes for $9.99. http://theblackcandle.com/.