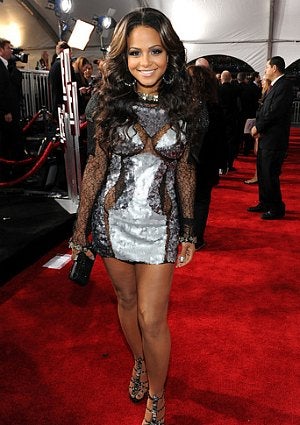 Pop songstress Christina Milian is holding nothing back when talking about her brief marriage to producer Terius “The-Dream” Nash. In a cover story for Latina Magazine, Milian describes her messy divorce from the The-Dream as “going to hell and back.”

“I survived,” says the mom of 10-month-old baby Violet. As for her ex-husband’s cheating ways, the pint-sized singer says her intuition had been telling her something was going on all along.

“I didn’t know anything. But looking back, my gut was telling me something was off. But I thought I could fix it.” She adds, “I tried to be someone I wasn’t because I wanted my marriage to work. But ultimately, if it’s not working, it’s not working.”

No use crying over a failed relationship because this girl’s ready to move on in 2011. “I feel brand new,” she tells Latina. “I’m stronger for it and now I’m ready for the next phase of my life.”

How did you pick up the pieces after a relationship ended?