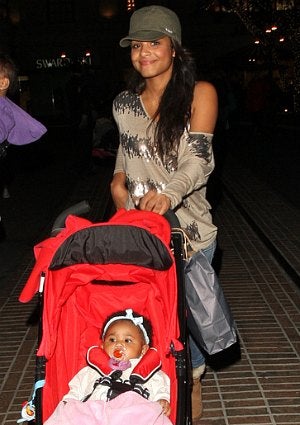 When love between celebs comes to a crushing end, you can bet someone’s going to pay a hefty price. In this case it’s producer extraordinaire, The-Dream, whose divorce from singer Christina Milian is going to cost him a pretty penny. The Chicago Sun-Times is reporting that a court has awarded Milian a $4 million one-time cash settlement and an additional $5,000 a month for child support. While the divorce could have been a public spectacle — after all, pictures of The-Dream vacationing with his assistant (and Christina’s friend) were leaked to blogs — the two chose to quietly end their 10-month marriage. But here’s where the dream turns into a nightmare… in return for the settlement, Milian can’t utter a word about her marriage. And both parties seem to have moved on. They’ve continued to make music together and Christina has announced plans to release a new album in 2011.