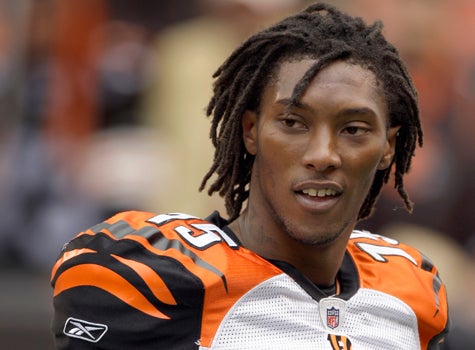 The tragic death of Bengals star Chris Henry, who died after falling from the back of a moving pickup truck during an argument with his fiancee, left the football world stunned. Now, doctors who examined Henry’s brain after the bizarre incident, have found evidence of brain damage called chronic traumatic encephalopathy, which is normally common among retired players who have suffered many concussions, reports CNN.com. The former 26-year-old Cincinnati Bengals receiver who died on December 17, 2009, has been identified as the first NFL player to have died with trauma-induced brain damage while still active in the National Football League, according to a New York Times report. He was also the youngest NFL example of CTE, reports NYTimes. Researchers are highlighting the effects of CTE with symptoms that include poor decision-making, behavioral problems, depression and suicide. The troubling news is reigniting talk in the NFL about future young players and their risk in the league. The NFL is turning a new leaf, pledging to revamp its efforts to better understand, and, ultimately, reduce head injuries to its players.