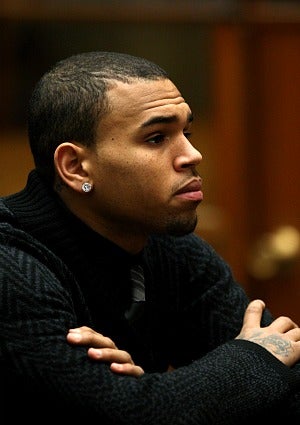 It’s been nearly two years since Chris Brown physically assaulted his then girlfriend Rihanna and was subsequently convicted of domestic violence. Now the R&B singer is asking to have the restraining order against him in his domestic violence conviction removed.

According to RadarOnline.com, Brown’s lawyer explained to Los Angeles judge Patricia Schnegg that his client had finished his domestic violence counseling and requested that she lift the restraining order saying, “it makes it difficult at award shows and such.”

Brown has been nominated for three Grammy’s, which means he and Rihanna could be seated in the same room at the award show. In order for the restraining order to be lifted, Rihanna’s lawyer must approve a modification of the order from “stay away” to “do not annoy.”