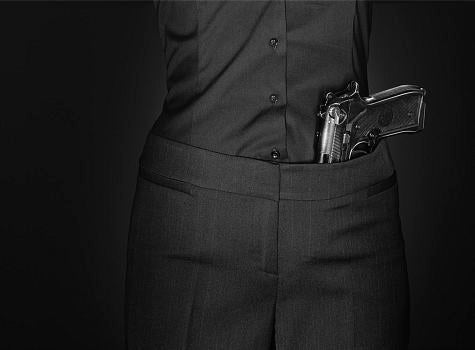 Last week, the Supreme Court ruled that state and local governments cannot violate anyone’s constitutional right to bear arms. The ruling, McDonald vs. Chicago split the court 5 to 4; it doesn’t strike down any existing gun-control laws nor does it offer any specific definition of what kind of laws would be in violation of Second Amendment rights. As gun ownership is to be considered an inalienable right, this may provide a legal advantage for anyone who may have earlier been barred from buying and registering guns because of local laws regarding criminal and mental health background checks. So what does this mean for the streets of Chicago, which some feel are already oversaturated with senseless gun violence? In response to the ruling, Chicago officials quickly passed a new ordinance, which bans the sale of guns in the city and prohibits registered gun owners from stepping outside their homes, including backyards and garages, with handguns. Chicago aldermen passed the ordinance in a unanimous vote just four days after the Supreme Court ruling. “We believe that Chicago’s ordinance is a reasonable attempt to balance the right of individuals to possess handguns in the home for self-defense with the substantial risks to public safety that are associated with the proliferation of firearms,” said a press statement. The city of Chicago has prohibited citizens from legally registering handguns since 1982. Mayor Richard M. Daley has stated that the Supreme Court ruling will make the city’s 28-year-old ban “unenforceable.” Chicago recently made national headlines for its steadily increasing murder rate. In 2010, there have been 217 homicides to date, just barely past the halfway mark of the year. Reaction to the Supreme Court ruling is mixed in Chicago. Many feel that the loss of the handgun ban will increase street violence, while others support the right of citizens to protect themselves in the face of such violence. “Experience has shown me that criminals don’t have much regard for the law,” says David Lemieux, a retired Chicago Police Detective. “Criminals are going to be armed no matter what and it is unfair that law-abiding citizens would not be able to arm themselves, especially considering that in some of our communities, our protection is in the hands of people who do not care about us.” Fellow retired Detective Rendella Taylor echoes his sentiments: “Until there is world peace, the right to bear arms should not be compromised. The ban here has given criminals the ability to terrorize law abiding citizens since 1982, which has led to a fear of weapons. The crime rate rises and the only ones with access to guns other than the police are criminals. It isn’t reasonable”   Artist Aaron Rhodan’s opinion differs. He favors the city’s existing ban. “Handguns weren’t designed for anything other than usage against other human beings,” says the native of Chicago’s violence-plagued South Side. “I see no justification for giving people tools to hunt each other. People are too irrational and irresponsible to have that kind of power at their disposal and the current murder rate has done a good job at proving that.” College admissions advisor Michele Taylor worries that more handguns on the street will lead to more violence: “We already have too many kids who have access to guns and have no clue how to resolve situations. So if the parents and family members are bringing even registered guns in to the home, it just seems too likely that they will end up in the wrong hands.” TJ Armour, a media personality and lifelong Chicago resident, questions the city’s continued fight against allowing registered handguns: “It makes me think of  Ice Cube’s song: ‘So, what they do/Go and ban the AK/My sh*t wasn’t registered anyway…’ If the aim of this ban is to curb the senseless gun violence in Chicago, then it just shows you that the lawmakers here are hopelessly out of touch  People who go to gun shops to legally purchase guns aren’t the problem.”