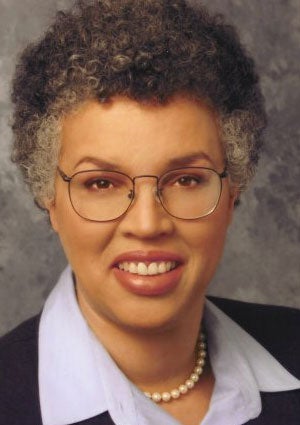 In the South Side of Chicago, parking tickets are being placed on car windshields but if you look closely the violations are false. The fliers are attacking Chicago Alderwoman Toni Preckwinkle comparing her with images of Aunt Jemima. Preckwinkle is running for Cook County Board President. The citations are addressed to “Registered Voters and Concerned Citizens of Chicago,” and include a photo of Alderwoman captioned by the phrase “Aunt Jemima On the Meter Box,” according to ABClocal.go.com. The fliers seem to suggest, that Preckwinkle supports Chicago’s parking meter agreement with LAZ Parking, a national full-service parking development and management firm. Though, she voted against the parking meter lease. Preckwinkle says that she is being singled out because she is the current front-runner in the campaign, which makes her a target. The offensive mini-poster also criticized a commercial Preckwinkle appeared in with a man dressed up as Benjamin Franklin, the flier points out that Franklin owned slaves. What do you think about this incident? Read More