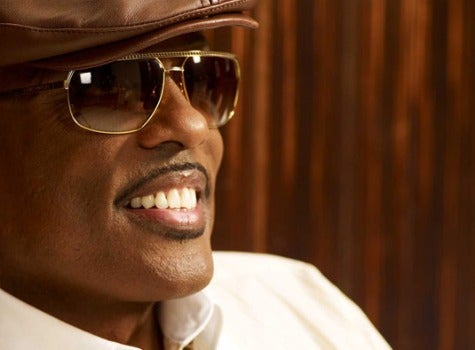 Drug addiction wasn’t the only battle Charlie Wilson fought: in 2008, the singer was diagnosed with prostate cancer. After successful radioactive seed implantation, a form of radiation therapy, Wilson is healthy and urging African-American men to get tested. In part three of ESSENCE.com’s conversation with Wilson, he discusses how prostate cancer made him get serious about his health and — how women should encourage men to get tested. I wasn’t a fan of doctors. Regular check-ups just weren’t my thing. But when I was diagnosed with prostate cancer two years ago, that changed. My wife, Mahin, insisted I get tested for prostate cancer. I was used to not going to the doctor, but this time I took her advice. When I found out I had prostate cancer, I was devastated. I had been struggling all my life. I kept getting kicked down. This time I felt I couldn’t get up. I just kept get kicked down. I really felt like I’m never going to win. I’m losing all the time. I hate to say this, but I was a wimp. I was so down after the diagnosis, but Mahin was so strong. She took the bull by the horns and helped me through it all. After my treatment I made it my business to let men know that prostate cancer is no joke. I was blessed to have caught the cancer early, but I lost my father to prostate cancer last year. It can hit you hard. Now I speak to Black men across the country, urging them to get tested. I tell them early detection is the key. Some of us don’t want to get an exam. I was one of them. I didn’t take my health seriously. It’s almost like getting the exam is shameful for some of us. But it’d be senseless to not get tested and than die of shame. One in three Black men have prostate cancer. We have to man up and get tested. I also urge women to get their man to the doctor. Women are the real bosses of the house and shot-callers. I often tell men, we aren’t running nothing but a remote control! I am committed to stamping out prostate cancer. I helped raise money for the Prostate Cancer Foundation and a portion of the proceeds from the fedora hats I sell online go toward the foundation for research. We’ve got to beat this, but we also need to take better care of ourselves. I’m so thankful I got tested and that my cancer was detected early. I felt like I was losing when I found out I had prostate cancer. But now, to be winning this battle is an awesome feeling.

This Professor Turned Her Passion For Race and Gender Identi...

NYC Mayoral Candidate Dianne Morales Believes She is What NY...

Find A Man Who Publicly Celebrates You The Way Joshua Jackso...