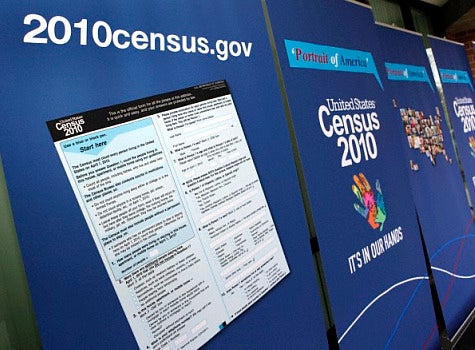 If you think the census is just the government’s way of getting up in your business, you’re way off. Census data, required by the U.S. Constitution every 10 years, is actually used to allocate funding, services and political empowerment for our communities. Here’s what you need to know about this year’s headcount. It impacts your neighborhood. Census numbers determine more than $400 billion in annual federal spending for infrastructure and services such as schools, hospitals, roads, job training programs, senior centers and Medicaid. An undercount of 1,000 people translates to a loss of up to $1 million a year! It gives you a voice. The census establishes how many seats a state will have in the U.S. House of Representatives, and how legislative districts are drawn. An accurate count directly affects whether you get equal political representation. It only takes 10 minutes. The census form asks 10 quick questions, including your name, gender, age and race/ethnicity. The Census Bureau will not ask for social security numbers, income or bank information, so if someone posing as a census taker asks for those, beware: it’s a scam! It’s happening now. Starting March 15, most Americans will receive their census questionnaire in the mail with a postage-paid envelope. You should drop your completed form in a mailbox by April 1. If not, don’t be surprised if you’re visited in person by census takers from April through July.   It’s confidential. By law, the Census Bureau cannot share census data with anybody–not even the President, FBI, or local governments–for 72 years. After the forms are processed, they’re locked in a vault. In 2012, the National Archives will make data from the 1940 Census available to the public.   For more information, visit census.gov. For more Cynthia Gordy “Obama Watch” stories, click here. Read more: