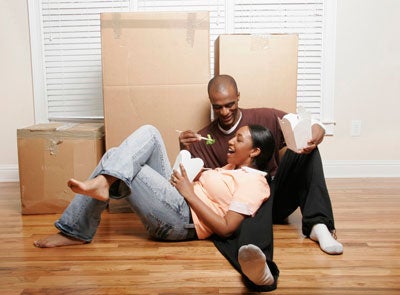 Less Americans are walking down the aisle today, and it’s by choice. The Census released new data recently revealing that over the last ten years the number of unmarried couples in the U.S. has increased 25 percent; primarily because women rely less on men to provide for them financially than they did decades ago.

These days women who bring home their own bacon have more choices about how they’d like to live, and whom they want to live with. The number of unmarried couples living together is up 13 percent since 2009, and now makes up 12 percent of American couples.

Experts say the bad economy is to blame and shacking up is just cheaper. It appeals to men and women in love but unsure of what their financial futures may hold. Living together becomes a way to share bills and cut costs, but getting married is viewed as risky and unnecessary.

The average age for first time marriage has risen dramatically over the last few decades, with men now waiting until they are 28 and women until 26. The Northeast and the Midwest have the largest populations of unmarried couples.