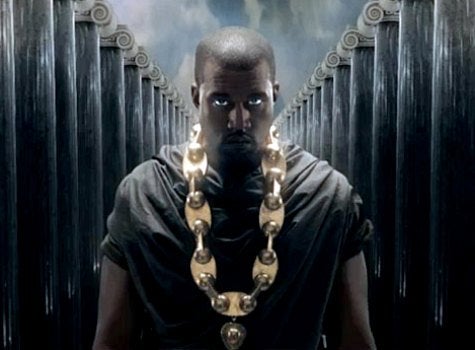 These days, click on any blog post about Jay-Z, Beyonce or Kanye West and you’ll certainly read talk of their allegiance to secret societies and the Illuminati. West didn’t make it easy for his defenders when his recent video for “Power” featured the Chicago wordsmith standing at the center of a Roman mural populated by “characters who are depicted in various stages of undress and decadence,” as he described them on Twitter. To West, it was art. But to hip-hop conspiracy theorists it was his way of revealing his ties to the Illuminati. The public’s recent obsession with labeling successful African-Americans as members of the Illuminati has become an all-too familiar trend in Black popular culture. Jay-Z and Beyonce, Will Smith, Jennifer Hudson, Rihanna and Oprah Winfrey, are all rumored members, hence the money, power and fame. But is all the Illuminati talk just gossip fodder created by conspiracy theorists lurking on blog comment boards? Jay-Z certainly thinks so. “Am I a part of some secret sect or cult?” he asked radio host Angie Martinez earlier this year. “I can’t even get in a golf club in Palms Springs. I’m from Marcy Projects. Imagine. Just think about that.” When it comes to the Illuminati name-game, Jay-Z is no doubt target #1. It’s the Roc-A-Fella pyramid hand gesture, the darkness in videos like “On to the Next One,” the lyrics referencing the occult. It’s all there, according to theorists. “This is the New World Order and rapper Jay-Z is a leader to bring it to his fans. Whether they like it or not,” wrote one blog commenter. Even wife Beyonce isn’t spared. One popular theory is that her alter ego, Sasha Fierce, is a “symbolic representation of an artist taken over by evil to obtain success.” Whoa. So what’s up with our fascination with the Illuminati? “You have the classic ideals that, with rappers, the odds are against them, and when they achieve a certain amount of success, people find several reasons, be they outlandish or valid, to say ‘This guy did something to obtain their success,'” says Entertainment Weekly music editor Brad Wete. “It’s almost crazy just to be talking about this because it’s a story and it’s entertaining — sort of like barbershop talk — but it’s like c’mon, for real?” “I’m just curious on how an ubiquitously affecting ‘theme’ such as the newly hyped ‘Illuminati/Free Mason’ obsession seems to only target the hip-hop/ r&b aka Black community,” pondered one blog commenter. Whether you think it’s fact or fiction, do you think there is something deeper happening here?