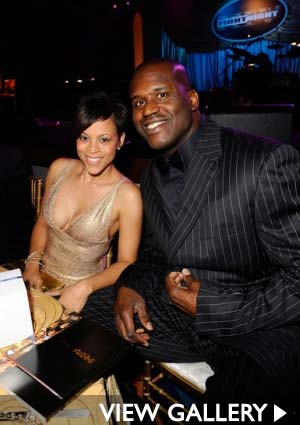 November has been a big month for celebrity divorce news so far. Usher’s split with wife Tameka Foster was confirmed, Toni Braxton and husband Keri Lewis called it quits, and just last week, news broke that basketball star Shaquille O’Neal’s wife Shaunie filed for divorce. Gossip blogs have circulated suspicions of Shaq in an affair.
The divorce rate among superstars has always been higher than that of everyday people, but while the recession has caused a decline in separation, it would seem that celebrity divorce is on the rise. Relationships expert Lauren Lake weighs in on why famous marriages fail, on the O’Neal’s split and what’s best for the kids.
ESSENCE.com: Why the high rate of celebrity divorces during the recession?
Lauren Lake: Well, [celebs] can afford to get divorced. With the recession, people are sticking together more, but also, divorce is expensive. Celebrities still have that opportunity because they have a little bit more financial stability.
E: What about having a relationship in the public eye and questions of infidelity arising, like in the O’Neal’s case?
Lake: The rumors and the innuendoes and the tabloids can really wreak havoc on a relationship. …There’s also the temptation from people. There are tons of people that will date Shaq whether he’s married or not. Respecting the sanctity of a relationship is super difficult.  But we’ve also heard the rumors of [Shaunie’s] infidelity, so we don’t really know who did what and it’s easy to shine the light on Shaq.
E: Shaunie’s filed for divorce in LA. Some say it’s for a better settlement. Comments?
Lake: California is a community property state. That means all marital assets are split 50/50 regardless of what you individually brought in. If that’s the case, there’s a lot of money at stake. Even if she’s not [looking for money] her attorneys will advise her on what strategies are best.
E: What’s your advice for celebrity couples on how to deal with children and divorce?
Lake: It’s stressful enough for children to deal with a divorce, much less to let it play out on the internet, on Facebook and Twitter. The parents have to be particularly careful of what they put out in the public. …Also, be careful of where you are running around with the next person you’re with because someone could snap a picture of that.
Sadly, failed celebrity marriages are all too common. We take you through some of the Biggest Celebrity Divorces.
Loading the player...