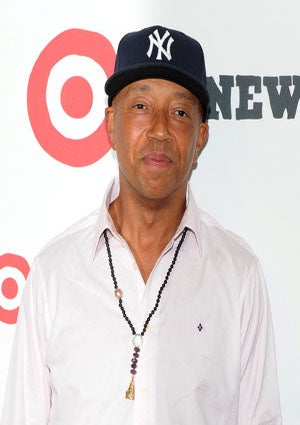 In an act of showing love and support for the often criticized rapper, hip-hop mogul Russell Simmons has written an open letter to Kanye West addressing his art, the passing of his mother, and his comments regarding former President George W. Bush. In the wake of Kanye’s ‘The Today Show’ incident where he scolded host Matt Lauer for playing a track of his Taylor Swift award acceptance takeover, Simmons makes very clear that while some of Kanye’s actions might have been outlandish, he is still a highly regarding recording artist and friend who continues to push the hip-hop movement forward, Simmons says. In the letter posted on his GlobalGrind.com website, Simmons writes, “When you spoke about President Bush during the Katrina telethon, it was not the particulars of your words that mattered, it was the essence of a feeling of the insensitivity towards our communities that many of us have felt for far too long. It was the image of the President, our President, the President of the United States Of America, peering out the window of an airplane, as the people on the ground were drowning, that hurt us the most. For centuries, our people have relentlessly tread water as hard as they could to stay afloat, and here we were, literally drowning, and it felt like the President was insensitive. There is no need to apologize, Kanye. You spoke from your heart and that is all we will ever ask from you.” Simmons also addressed Kanye’s latest 30 minute short film and praised him for the artistic value he has brought to the hip-hop movement. He writes, “The thirty minute film you most recently made was beyond brilliant. Brilliance is not a word that can even begin to describe your ability to paint vibrant, vivacious, colorful yet muted paintings of poetry, music, costume, art, design and most important, passion….I knew this day would come. Actually, maybe I didn’t know, but I really, really hoped it would. I didn’t work this hard when I was your age to watch the culture go the wrong way. And you, my friend, just took us to another level. I am simply in awe.” Other celebrities have taken to Twitter and talked openly with reporters to share their love and support of Kanye. Singer/songwriter Ne-Yo tweeted on Friday: “@kanyewest: Keep the creativity flowin’. Even when they don’t understand. Up to us to keep this shit interesting, even if only for ourselves.” Victoria’s Secret supermodel and Kanye’s “Runaway” co-star Selita Ebanks has also reached out to show her support. She said reporters at the Victoria’s Secret Fashion Show that, “I wrote him some kind words, just [encouraging] him to stay positive and just concentrate on his music. He has a great gift and he should be appreciated for it.”