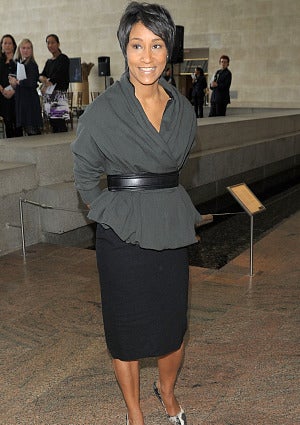 Desiree Rogers arrived in Washington to much fanfare: she was a corporate executive who had left behind a career that included stints as an executive at People’s Energy and director of the Illinois lottery to become the first African American social secretary. Yet when the gatecrashers scandal broke, Rogers’ career achievements, like her Harvard MBA, took a back seat as her ambition and penchant for expensive designer clothing were touted as her main “problem.” Even New York Times columnist Maureen Dowd, who routinely went in on Rogers, called her an “entitled swan” who spent too much time “sashaying around and posing in magazines.” In the end was Rogers, as writer Michele Langevine-Leiby put it, too fabulous for her own good? ESSENCE.com spoke “Ambition is Not a Dirty Word” author, Debra Condren, Ph.D, to find out whether Rogers’ drive and visibility made her a target and what women can learn from the episode. ESSENCE.com: This is not to excuse the events at the Official State Dinner, but it is interesting to note that by the time Desiree Rogers stepped down all you heard about was her designer clothing. Why was this suddenly a problem? DR. DEBRA CONDREN: It’s such the double standard, as if Rogers spent so much time on her attire that she couldn’t do her job. When women are in a visible leadership position, the focus is on her hair, hemlines and husband rather than the job they’re doing. With someone like Michelle Obama, for example, the focus is on hair, hemlines, husband and biceps (is she showing too much?) instead of her work. ESSENCE.com: One of the criticisms of Rogers was that she came off as trying to overshadow the First Lady. Her visibility seemed to cast a negative light on her. DR. CONDREN: She was ambitious, but what’s wrong with that? It’s a prevailing cultural paradigm that ambitious men are go-getters and ambitious women are the B-word. If you look at popular movies or TV, the traits of the hard-charging female executive–in her Armani power suit and Manolo Blahnik’s–are accentuated and then relabeled as destructive or arrogant. ESSENCE.com: And this kind of double standard is because we live in a patriarchal society? DR. CONDREN: Of course, with all these mixed messages out there, it’s no wonder so many high-achieving women simultaneously crave and fear reaching their goals. It’s like they have this dangerous voice in their head asking: “Can I, should I, dare I? Do I really know as much as I think I do? Am I going to repel a mate if I go for what I want? Should I be charging that much for my services? Who do I think I am calling myself an expert?” I interviewed 500 women for my book and the main thing we saw is that even the most qualified, successful women are reluctant to toot their own horns as much as men and they undercharge for their services as if they’re just happy to have a job. ESSENCE.com: Rogers got a lot of criticism from other women. Are you surprised by this? DR. CONDREN: No, because we women buy into that societal belief that if you’re too big for your britches, then watch out. However, I do think it’s overstated how often women go after other women and that’s yet another way to divide. Like saying Michelle Obama was jealous of Desiree Rogers (as stated by a Salon.com article); that makes for tantalizing tabloid headlines but it’s probably far from reality. ESSENCE.com: What do you tell the women executives you coach about getting ahead? DR. CONDREN: There are elegant ways of taking credit and making sure that you show up on people’s radar’s without feeling like you’re bragging. We are socialized to believe that being consummate team players is our natural feminine strength and that competition, or going after individual credit, is antithetical to that team player value. The covert message is that taking credit and shining is wrong and that strategically or proactively jumping in to be a visible part of the group is impolite. But, in any work environment, it’s a competition and we end up sitting on the sidelines for fear of offending someone. We end up losing out to our rivals because we don’t allow ourselves to shine. Debra Condren Ph.D is the founder of the Women’s Business Alliance and author of “Ambition is Not a Dirty Word: A Woman’s Guide to Earning Her Worth and Achieving Her Dreams.” Read More: