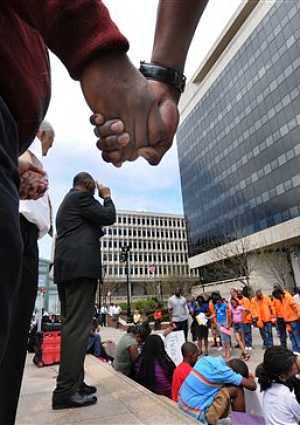 For the California NAACP, legalizing marijuana is a civil rights issue because of the disproportionate number of African-Americans arrested on marijuana possession every year. Some reports show Blacks in California are arrested nearly four times as much as Whites are for marijuana possession. “This is not a war on the drug lords, this is a war against young men and women of color,” said president Alice Huffman, whose chapter has pledged its support for Proposition 19, a measure that would legalize marijuana for adult use. The measure would also allow adults to grow small marijuana gardens and possess up to an ounce of it for personal use. But not all African-American leaders are on board for the measure. Bishop Ron Allen of the International Faith-Based Coalition said the NAACP does not speak for African-Americans “when it comes to legalizing  marijuana.” “If anyone should know what illicit drugs will do to an under-served community, we expect our civil rights leaders to have a better understanding than anyone else,” he said. Other critics say the organization’s endorsement makes it seems as though Black communities use marijuana more than other groups.
Loading the player...